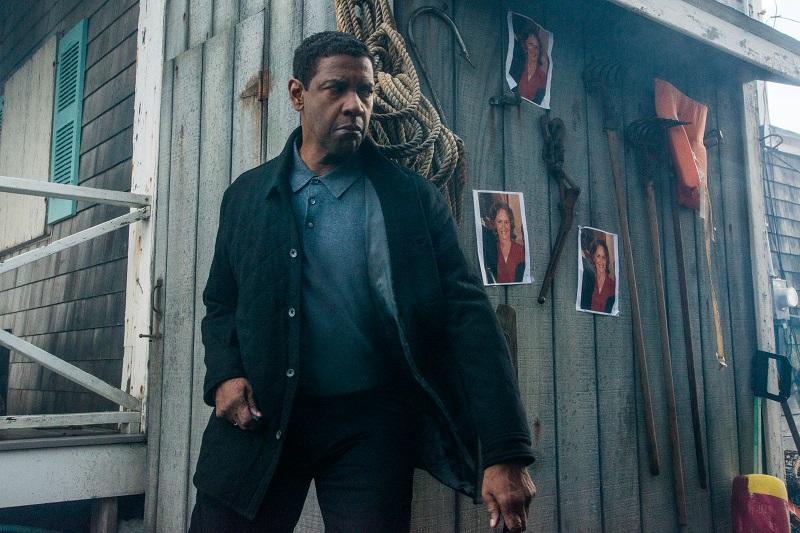 It’s not hard to figure out the formula director Antoine Fuqua was angling for with his 2014 hit The Equalizer. Give Denzel Washington his own late-career action vehicle, surround him with an intriguing mix of character actors and rising stars, and top the whole thing off with a not-unwelcome volume of bloodshed? That’s some meat worth chewing, even if your best-case scenario is the most popular Redbox title of the week. If anything, The Equalizer 2 proves that Fuqua and company should’ve quit while they were ahead. They squeezed so much out of the original that there's nothing left the second time around.

Since single-handedly taking out the Russian mafia, ex-CIA agent Robert McCall (Washington) has relocated from New York to Boston and now spends his time as a freelance guardian angel for people in need. McCall uses information provided to him by his former handler (Leo, who enjoys a few nice moments before being summarily fridged) to deliver justice to those thought to be above the law. When she herself is murdered under suspicious circumstances, McCall must get back in touch with his old partner (Pascal) to uncover the people who wanted her dead. Cue the character actors and the bloodshed.

Much like the first film, The Equalizer 2 tries to frame international espionage against hyperlocal acts of philanthropy, often with awkward results. On paper, McCall’s ongoing efforts to protect the victims of his community – closer to Edward Woodward's McCall in the original TV series – should humanize him. Instead, it only exacerbates the difference between man and mission. McCall’s dedication to his neighbors suggests an act of atonement, but atonement for what exactly? He clearly does not feel remorse for the violence he inflicts upon the world; we watch him murder or maim a half-dozen men without any attempts at character development. As a one-note unstoppable assassin, there’s just not much to like about McCall, despite Washington’s best efforts to give him some degree of interiority.

That's the film's first big mistake. Here's the second: The Equalizer 2 tries way too hard to play the action sequences straight. The first movie at least acknowledged that Washington’s character was a middle-aged man pulling himself out of retirement to right a horrible wrong; the sequel backtracks all references to McCall’s age, preferring to posit him as an omniscient and indestructible modern superhero. We’re drawn to this subgenre of action movies because there’s genuine wonder in watching an icon stay one foot ahead of the ravages of time. When your big finale requires an obvious stunt double to manage the fight choreography, you’ve given your audience middle-of-the-road action sequences without even the benefit of your star. Here’s hoping this is truly the end of the line for Robert McCall.