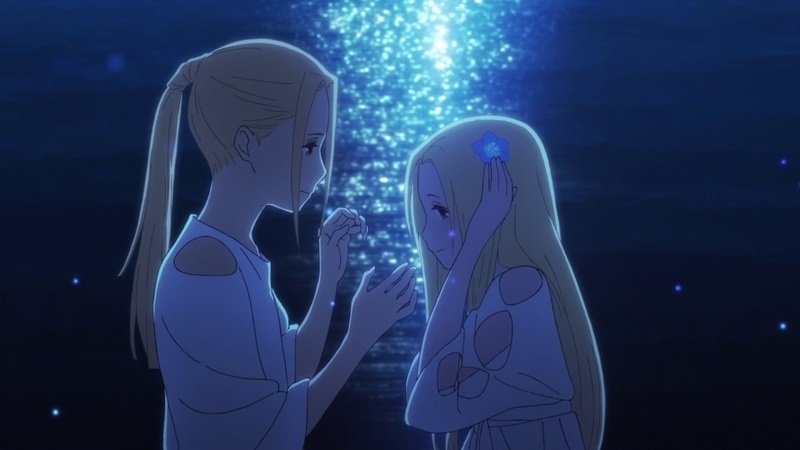 Maquia: When the Promised Flower Blooms

The inevitable fate of anyone that lives is that those they know will die. That's the underlying precept of this astounding and moving high fantasy from first-time feature director Mari Okada, a debut that blends magic, politics, tragedy, and hope into something profound and beautiful.

Maquia (the full Japanese title (Saayonara no asa ni yakusoku no hana o kazarô translates more literally as the more spoiler-laden Let's Decorate the Promised Flowers in the Morning of Farewells takes place in a fantastical late-Medieval europe, where the age of miracles has ended. All that is left are the Iorphs - an elf-life people who stop aging as teenagers, and are functionally immortal - and the dragon-like Renato. The Iorph have separated themselves from humanity, and spend their days weaving their stories in a cloth they call hibiol, while the last of the Renato have been enslaved as war mounts for the kingdom of Mezarte. With the Renato dying off, Mezarte decides to raid the Iorph, take one of their kind, marry them to the prince, and have him sire immortal, magical progeny, thus retaining their position as first among rival principalities.

But the story does not directly follow that grand plot: instead, it's Maquia (Iwami), who finds herself lost in a bloody war, far from the other Iorph. Against all the warnings from the tribe's elder Leilia (Kayano) about never becoming part of the regular world, she adopts something as lost as she is - a newborn boy, still clutched in his slain mother's arms.

Writer/director Okada embraces what could be a mawkish melodrama (after all, Maquia seemingly has all the makings of an ever-suffering patient Griselda), and probes some pivotal and emotive issues about love and loss. As Ariel (Irino) grows and Maquia stays superficially the same age, they are forced to move on every so often, and the dynamic of their relationship changes. But, Okada asks, isn't that true of every parent-child relationship? And how does the fact that Maquia could live forever affect the undeniable fact that one day, Ariel will die?

The narrative falls apart slightly in the pivotal transition between the second and third acts, as the surrounding nations and the last, vengeful Iorph wage war on the failing Mezarte. If anything, the political sub-plot is under-developed: a shame, since Okada is best known as a scriptwriter. And, honestly, if it had taken another half hour to fill out those strands, it would have been worthwhile. Maquia could have just been derivative elves and dragons nonsense, but its raw spirit and compassion elevates it. Moreover, that pure-hearted belief in what defines family is given extra nuance in those moments when warriors and servants are forced to choose their own direction.

Moreover, this is one of the most beautiful and immersive animated features to received a release this year. Art directors Kazuki Higashiji and Tomoaki Okada have crafted one of the most gorgeous and textured environments, one that is so drenched in Western European architecture, from French Gothic nods to Chartres Cathedral to the thatched cottages of Southern England, to the wynds and closes of Edinburgh. More time in this gorgeous, textured world would be a pleasure.

But the greatest beauty is in Okada's script. She translates so perfectly the basic human condition: we are creatures of loss, but we are not solely that. We are instead defined by how we face those inevitable partings in whatever time we have. 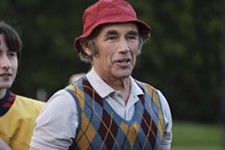 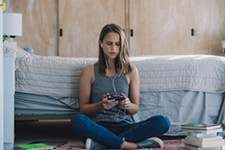