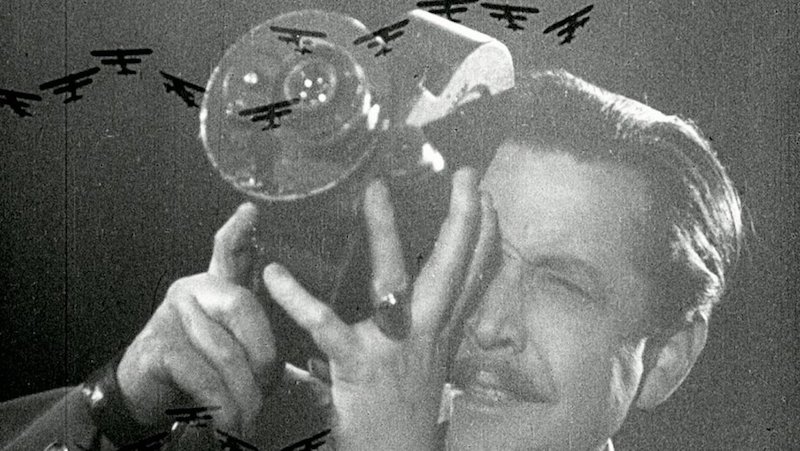 When dictators fall, what happens to the art created under their domineering control? Should it be suppressed? Should it be studied? What are the risks of it falling into the hands and eyes and brains of those that eagerly accept its hideous message? Never has that question been more pointed than with the thousand movies commissioned through Nazi Germany's monopoly studio and state-run dream factory UFA GmbH. In this enthralling and scathing history of the Third Reich's movies, Rüdiger Suchsland argues that even their most ridiculous melodramas should not be buried. Instead, they should be dissected and analyzed as a warning from history.

Suchsland previously chronicled the rise and fall of Weimar cinema in 2014's From Caligari to Hitler: German Cinema in the Age of the Masses, based on sociologist Siegfried Kracauer's masterful 1947 cinematic history of the same name. Now with Hitler's Hollwyood, Suchsland's eye has turned to what happened next. Taking Kracauer's underlying theory that cinema is a seismograph, a visual representation about what was really happening in a culture, he asks through narrator Udo Kier; What do these Nazi propaganda films reveal and what are they hiding?

Looking beyond landmark cinema like Leni Riefenstahl's Triumph of the Will, Suchsland explores the toxic symbolism of the most trite crowdpleasers. His argument is that there was only really one cinema, one defined by Reich Minister of Propaganda Joseph Goebbels, who fused everything into one phantasmagorical singularity, where every director was wedded to certain imagery, specific approaches, and state-approved themes. It was he that repositioned Nazi cinema from macho fantasies in the 1930s, to appeasing and terrorizing female audiences during World War II (after all, there aren't many projectors on the front line).

Beyond the symbolism, Suchsland explores the structural rebuilding of what had been a dissident art into a state organ; the years spent trying and failing to find new stars to replace Weimar-era celebrities like the inimitable Marlene Dietrich (including, in a moment she rarely talked about, future anti-Nazi Hollywood star Ingrid Bergman). At the same time, there was no attempt to make a new F.W. Murnau, or replace Fritz Lang (who famously fled to Hollywood in 1933 after just one meeting with Goebbels). After all, the only permitted auteur was the man who controlled the message in all films.

Hitler's Hollywood names and shames the disgusting collaborators that embraced the warmongering, sexist, anti-Semitic, genocidal messages Goebbels wanted spoon-fed to the loyal audience; but what, asks Suchsland, of the Weimar subversives who stayed, and kept working under the Reich? What were the fates of filmmakers who did not flee fast enough, like director Georg Wilhelm Pabst? If there is a hero in his dark narrative, it is Gustaf Gründgens, who somehow retained his soul, and hid anti-establishment messages in what were superficially historical romps. In a cinema that disguised a death cult as a celebration of noble sacrifice, filmmakers like him risked everything to hide an extended middle finger in their straight-armed salute.