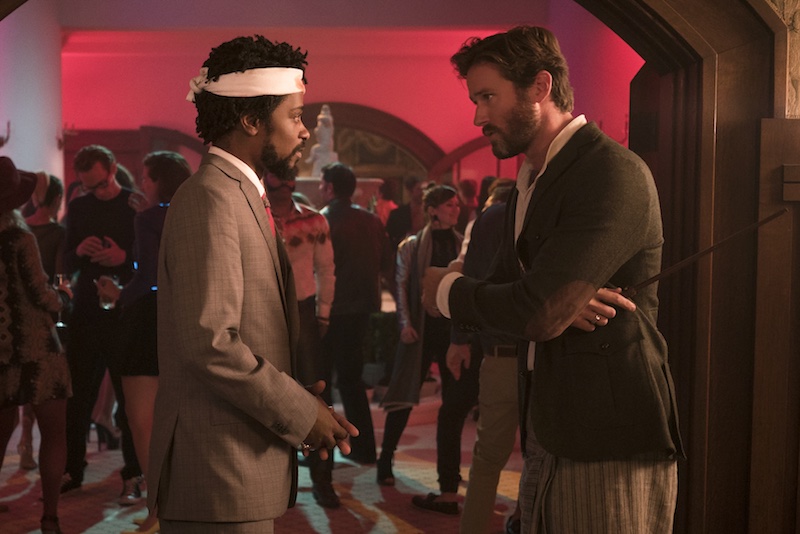 A cursory search for recent film reviews utilizing the word “audacious” yields results ranging from what you would expect (Darren Aronofsky’s Mother! comes up a lot), to the routine hyperbole slathered on studio tentpoles (Avengers: Infinity War was created in a highly overseen lab, people). But for something that wears that word well, and is truly deserving of it, look no further than Sorry to Bother You, the debut film from hip-hop artist-turned-filmmaker Boots Riley. I’ll pull out another old chestnut, the “singular experience,” but in this case, it is completely apt.

Supposedly set in an alternative world much like our own (I feel like we should just retire the word “dystopian” and call it a day), the film concerns one Cassius Green (Atlanta’s Stanfield), living in his uncle’s garage with his subversive girlfriend Detroit (Thompson, consistently stunning), and unemployed. When his friend hips him to a telemarketing gig, the title of the film becomes apparent as the scenes of his calls to annoyed recipients are hilariously depicted as he literally drops into their home. It is merely the first of a phantasmagorical array of inventiveness and cinematic shenanigans that Riley concocts. After getting some sage advice from old-schooler Danny Glover, Cassius perfects his “white voice” (David Cross, of course) and climbs up the ladder (or gold elevator) to the upper echelon of selling slave labor to foreign countries. That’s the business of Steve Lift (Hammer), a mogul whose Google-esque company offers lifetime contracts and prison housing for shiny happy people looking to improve their lives.

If that sounds odd, it is only the beginning. Riley’s film is a welcome hand grenade of subversive power that often reminded me of another incendiary film, Terry Gilliam’s classic Brazil. And much like that 1985 gem, Sorry to Bother You’s cup spilleth over with so much content at any given time, it has the effect akin to accidentally being dosed with PCP while having a meeting with a corporate empathy expert (a real thing, FYI). The film takes on a bit more than it can chew, but its humor, its commentary, its continuous and relentless spiral into madness is grounded by Stanfield’s laconic shuffle and Thompson’s fierce defiance. This film is by no means perfect, but it is the closest you will come to having your mind blown this summer. Audacious doesn’t even begin to describe it 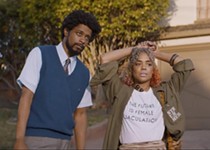