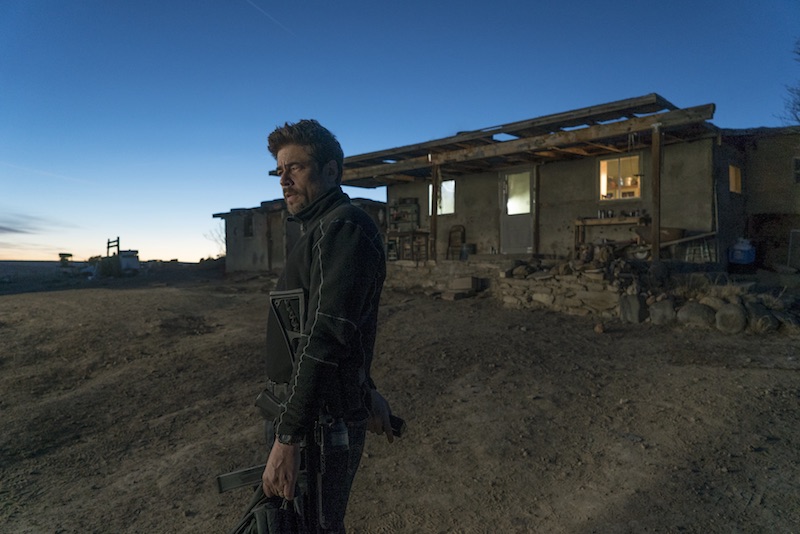 Sicario: Day of the Soldado

Forget about good guys and bad guys. It’s almost impossible to know with certainty who’s who anymore. And if the location is the (currently wall-less) U.S.-Mexico border where much of Sicario: Day of the Soldado is set, the demarcations are even more porous. After the film’s opening sequences, during which responsibility for a Kansas City suicide bombing is attached to Islamist terrorists who apparently crept into the U.S. through its southern border, CIA operative Matt Graver (Brolin) is called to Washington by Secretary of Defense James Riley (Modine) and his attaché Cynthia Foards (Keener). While tasking Graver with upsetting the comfy status quo of the Matamoros drug- and human-smuggling cartel, the cabinet member informs the covert agent: “Dirty is exactly why you’re here.”

Screenwriter Taylor Sheridan traffics in these kinds of ambiguities. The shadings between right and wrong are highlighted in the original Sicario, as well as the films Hell or High Water (which was nominated for an Oscar) and Wind River (which Sheridan also directed; his penchant for modern Westerns has carried through to Yellowstone, a new TV series, which he both writes and directs). For this follow-up to the 2015 film, Sheridan has crafted a twisty tale that leads characters (some innocent, some rotten, some with scores to settle, and others just trying to survive) out from the shadows and into the glare of the daylight, which further distorts the shaky lines between good and bad. The film’s overarching story is solidly scripted, although it lags somewhat in the second act, and the government figure played by Catherine Keener is woefully undeveloped (an especially sore point since Emily Blunt in the original film portrayed such a formidable female lead).

Alas, Blunt is not back for the sequel, nor is director Denis Villeneuve. Neither is the late music composer Jóhann Jóhannson (whose menacing score was the first film’s secret sauce) nor acclaimed cinematographer Roger Deakins. However, Del Toro’s cryptic hitman (aka sicario) Alejandro is given more dimension in the sequel, where story strands are also developed to show the effect that the border’s rampant criminality and violence has on its blameless children. An unexpected epilogue opens a door for future sequels that might emphasize the recruitment of the next generation. Sollima (director of the Italian TV crime show Gomorrah, but not the identically titled movie) and his cinematographer Dariusz Wolski (The Martian) don’t manage to eke out as much tension and visual shock as did the Villeneuve and Deakins combination, but Sicario: Day of the Soldado nevertheless is fluid, efficient, and bloody.

Coincidentally coinciding with our great national debate about the future of the U.S.-Mexico border, the release of Sicario: Day of the Soldado should gain some extra heat from that simmering conflict. Yet it would be foolhardy to look for guiding lights in a movie populated by feckless government officials, ruthless criminal gangs, and bribed law enforcers. Perhaps if Sicario becomes on ongoing franchise, the children who are swept up into this madness (much like the ones in attendance at Marjory Stoneman Douglas High School) can help lead the way out of the quagmire.

For an interview with Stefano Sollima, read "Border to Border," June 29. 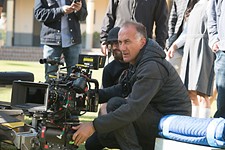