Austin mainstays the Zellner brothers have managed to make a Western genre film appropriate for the #MeToo era’s audience. As we all know, many cowboy films haven’t exactly aged well; but critics tend to excuse them away, like an elderly racist family member, saying “things were different then.” Yet Damsel isn’t a rebuke or an affront to its predecessors; it playfully extracts elements of earlier films such as Stagecoach and The Searchers – especially in the opening scene, which takes place in Monument Valley. That said, the sense of adventure and romanticism has withered – an old preacher (Forster) warns Parson Henry (David Zellner) that he will find the West disappointing because it’s “shitty, in new and fascinating ways” – and there’s something a little off about the townsfolk (another Austinite, musician David Wingo, makes an appearance as a condemned man maniacally laughing while wearing a barrel affixed to suspenders). The setting is a little bit of a caricature, yet it’s tamer than what we might expect.

Samuel Alabaster (Pattinson, gaunt and creepy in a way that reprises his role in Good Time) strides into the local bar looking for Henry, whom he had previously contacted with a business proposition. He wants the parson to marry him and his sweetheart Penelope (Wasikowska), but he forgot to mention they have to go on a journey to find her, and oh by the way she’s been kidnapped by two wild brothers. Henry is rather reluctantly along for the ride, but when the pair happen upon Penelope, it becomes clear that this damsel was never in need of rescue. Suddenly, there’s a fresh perspective on the whole situation. Wasikowska channels grief and rage with her whole body at times; but she consistently wears a wary but fierce squint that transmits “what the fuck is this shit?” at each new turn of events, namely marriage proposals and their promises of a “fresh start.” Every man in the vicinity wants to claim her, in an absurd succession that brings to mind the Farrelly brothers comedy There’s Something About Mary. The onslaught is exhausting, and the Zellners are cheeky about it without completely surrendering to farce. And while we don’t learn a whole lot about Penelope’s character, her motives are strong enough to carry the second half of the film.

Though Damsel is ostensibly set in 1870, the expressions of the Old West (“much obliged,” “I reckon,” and so on) are integrated with more modern language, such as “gang bang” and “number 1 or number 2” in regard to bodily functions. If we as an audience succumbed to believing this story was actually a period piece, the acts of violence that likely would befall our heroine would be unbearable to witness or even imagine. The filmmakers are poking fun at the male ego without portraying its more sinister aspects. It’s a new spin on an old narrative – a fresh start if you will.

For an interview with the Zellner Bros. about the film, read “Mild, Mild West,” June 22. 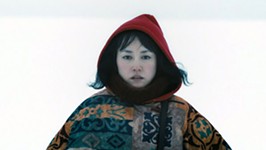 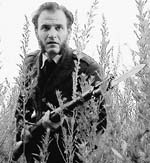