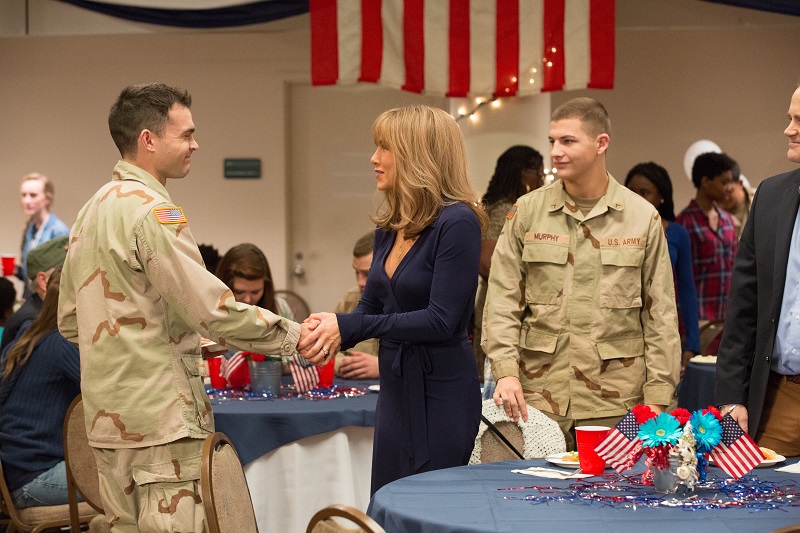 Two boys go to war; one comes back, not a man, just a broken boy. It's the classic modern veteran narrative, and one to which the second feature from Moors (Blue Caprice) adheres closely, leaving little room for innovation or, sadly, insight.

Adapted by David Lowery (A Ghost Story, Ain't Them Bodies Saints) and R.F.I. Porto (Moors' Blue Caprice scriptwriter) from Kevin Powers' quasi-autobiographical novel of his deployment in Iraq, The Yellow Birds bounces back and forth in the friendship and aftermath between two recruits – Brandon Bartle (Ehrenreich) and Daniel Murphy (Sheridan). A couple of good Southern boys who seemingly never once think about why they're signing up, or to what end this war is being waged, they head from Virginia to the fictitious Al Tafar (a seeming stand-in for the real city of Tal Afar), where the slow burden of patrols, and the arbitrary menace of sporadic mortar attacks, slowly wears down their souls.

Produced in 2016, and shelved since Sundance 2017, it's hard not to imagine the producers hoping for a post-Solo boost off Ehrenreich's name (in hindsight, possibly a bad call). However, it was always going to be a hard sell. Moors' intention seems to be a somewhere between a modern The Deer Hunter and an Iraq War update of Terrence Malick's dreamlike interpretation of The Thin Red Line. But dreamlike sometimes falls into soporific, and with Ehrenreich, Sheridan, and the rest of the troops called upon to evoke that meditative mood (in Bartle's case, a side effect of his PTSD), it's up to the supporting cast – especially Collette and Aniston as two very different kinds of grieving mother – to carry most of the emotional weight. Their rare moments of shared screen time are touching, but few and far between.

Among the active service personnel, it's Boardwalk Empire's Huston as the Bible-quoting Sterling that has the clearest dramatic line, as military investigators try to clear away the fog of war around Murphy's fate. The script occasionally glimpses toward the religious streak that pervaded the U.S. military (and brought up the specter of crusade), and Sterling's inner conflict. Yet he's sidelined early and often, and that's indicative of The Yellow Birds' biggest problem: It carves away so much of the texture and least heroic elements of Powers' novel, such as Bartle and Murphy's time in Germany. All that's left is for the duo to whisper and fall apart. 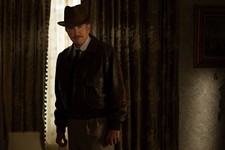