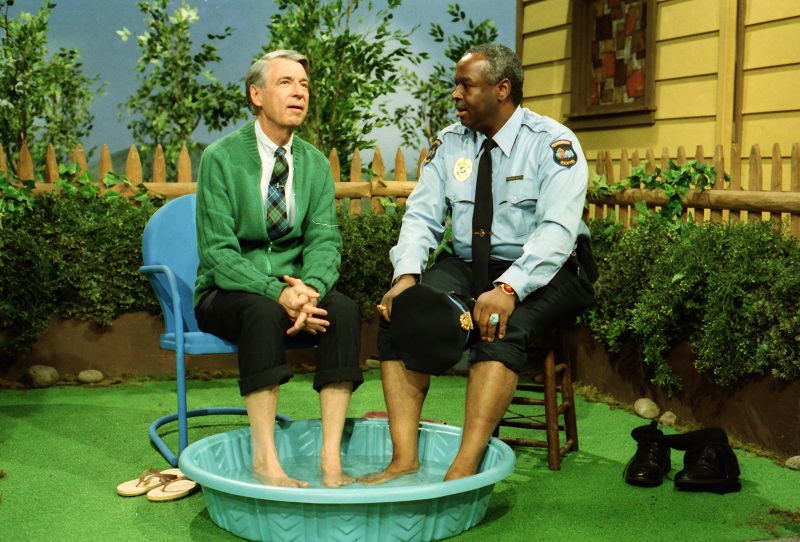 Won't You Be My Neighbor?

There are certain figures in our pop culture firmament that many of us couldn’t bear to have fall to Earth. I’d put Fred Rogers, America’s cardigan-wearing co-parent for close to 40 years, at the top of that list. Allow me then to reassure you – and this constitutes (I guess?) a spoiler – nothing revealed in this loving portrait of the creator and star of children’s show Mister Rogers’ Neighborhood will sully his reputation. Indeed, you’re liable to come away with an even greater appreciation of him.

What you won’t come away with is a traditional cradle-to-grave education on the life and times of Fred Rogers. (We’re fully three-quarters of the way through before Rogers’ smirking sister brings up his childhood nickname, “Fat Freddy.”) Instead, documentarian Morgan Neville, an Oscar winner for 2014’s lively 20 Feet From Stardom and a lock for another nomination here, pulls together biography, psychology, and cultural history to probe Rogers’ mission to teach kids how to be moral, compassionate, confident citizens of the world.

I remember the show as all gentleness and sock puppets, the original slow TV – a not inaccurate, but certainly incomplete assessment. Using archival footage, Won’t You Be My Neighbor? reminds us of the show’s progressive approach to broaching difficult subjects with kids, from national tragedies (RFK’s assassination, the Challenger disaster) to divorce and racial equality. Rogers, an ordained minister, didn’t change minds from behind a pulpit or a protest sign. He did it with quietly radical acts like splashing his feet around in the same wading pool as his black co-star, François Clemmons, at a time when segregated pools were still commonplace in the South.

Won’t You Be My Neighbor? presents Rogers as a complex, fallible, often very funny human who had self-doubts like anybody else, beautifully expressed in a series of animated interstitials (by Ariel Costa and Rodrigo Miguel Rangel) that use Rogers’ doppelgänger, Daniel Tiger. Neville’s film isn’t making a case for canonization. But it is a call to action. Poignantly recalling that time of life when we were first learning how to be our best selves, the film unstridently reminds us that the work doesn’t stop once we grow up and out of the neighborhood. 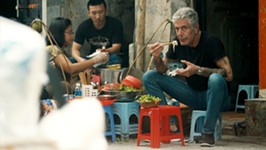 Roadrunner: A Film About Anthony Bourdain
The life, passions, and shattering death of the traveler 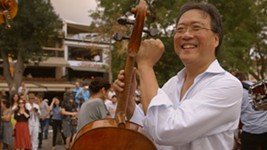 The Music of Strangers: Yo-Yo Ma and the Silk Road Ensemble
The director of Twenty Feet From Stardom does another music doc

Won't You Be My Neighbor?, Morgan Neville