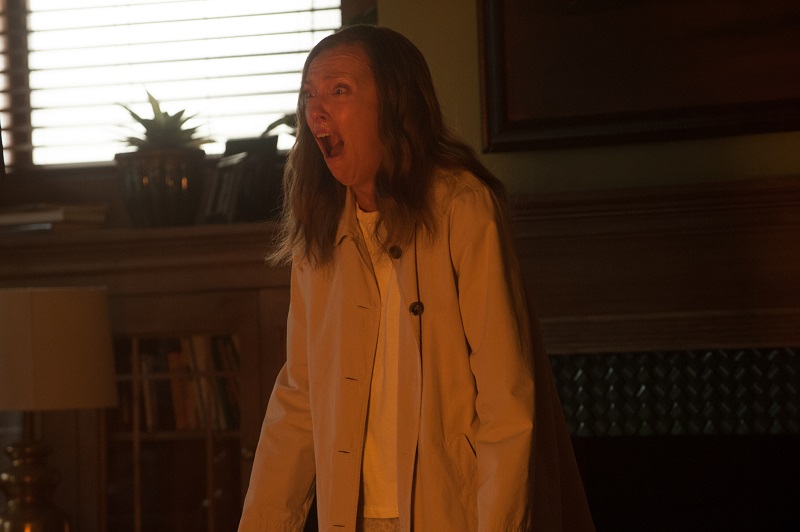 There are moments when a horror film perfectly distills all its terrors into a single sound. Freddy Krueger's claws on metal. The Predator's clicking. Mister Babadook's guttural dook-dook-dook. In Hereditary, it's the percussive beat a child makes when she claps her tongue from the top to the bottom of her mouth. The debut feature from writer-director Ari Aster is an exquisitely crafted box of nightmares, and once you realize that the lid has already closed with you inside, it will leave splinters under your skin.

It starts like a domestic drama: Annie (Collette) is a successful artist, turning her world into miniatures and dioramas. They are a potent visual metaphor, a stand-in for her own mental state, especially in the wake of the death of her mother.

The horror is initially almost purely emotional – and what will always separate the great from the good scary movies is that they would be great even without any extreme, unnatural, or supernatural component. Take the coming shadow away from Hereditary and it is a film about how a family tries to deal with death. Annie is a woman trying to find a reason to grieve for her dead mother, and failing. Her eulogy – delivered to a chapel full of strangers – is a last attempt to put a shroud over a relationship filled with deceits and alienation. It's only once she starts begrudgingly attending a grief recovery support group that the tensions tumble out: her mother's secrets, her senility, and her strange, strained relationship with her grandchildren, Peter (Wolff, far from his previous career-defining work as part of Nickelodeon's The Naked Brothers Band) and Charlie (Shapiro, a Broadway musical fixture making her screen debut), whose emulation of her mother's miniature obsession has its own darker meaning. Meanwhile her husband Steve (Byrne) has taken over the household and child-rearing duties, playing dutiful homemaker to keep the clear cracks in the family from becoming chasms.

And yet there is always something off-kilter in the Graham house. There is a seamless visual collaboration between Aster, cinematographer Pawel Pogorzelski, production designer Grace Yun, art director Richard T. Olson, and set decorator Brian Lives that makes the home as perfectly and unnervingly artificial as Annie's miniatures. Aster slowly injects additional elements of uncanny disquiet – a ring of light, an almost subsonic pulsing, sudden shifts from day to night, and that hideous, repetitive clucking sound – with such perfect pacing that, when the true darkness is exposed, it is impossible for the audience to escape.

Collette's incendiary performance is the burning inferno at the center of Hereditary: As with The Sixth Sense (her other great performance in an unequivocally supernatural drama), she wrings every last, devastating moment of emotional truth. But this is family as ensemble, with both Wolff (fractured, delicate) and Shapiro (an astounding debut built on a otherworldly sense of unease) given far more to do than act as children in peril. They add shading and nuance, rather than just acting as sounding boards for Annie's uncovering of an eldritch truth. Even Byrne takes what could have been a supporting role and elevates Steve to the status of quiet, horrified witness.

Hereditary is a flawless example of slow-burn horror. It stands with and above the best contemporary horror domestic dramas, like Kill List and A Dark Song, and alongside true classics, like The Haunting and The Innocents. And that damn clucking sound will haunt you. 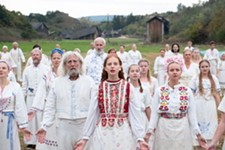 Midsommar: The Director's Cut
More time in the Land of the Midnight Sun 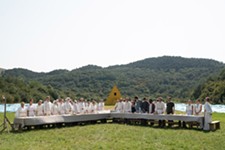