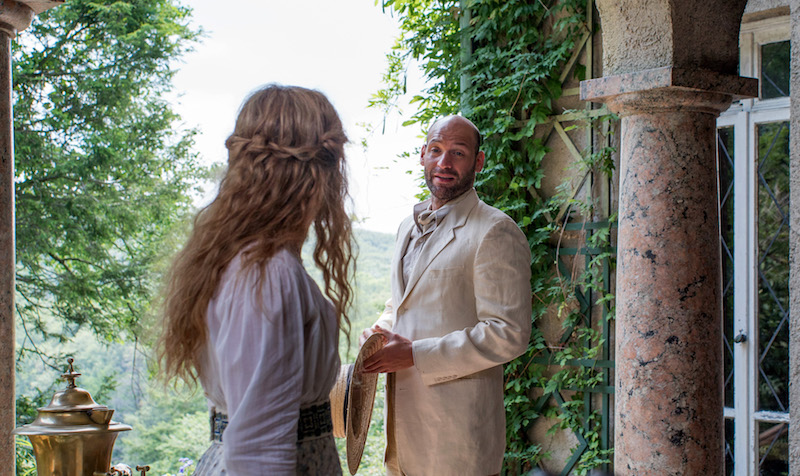 At one point in Russian playwright Anton Chekhov’s The Seagull, fatalistically romantic ingénue Nina gives artistically struggling writer Konstantin a piece of tough-love advice about his unconventional dramaturgy: “But nothing happens in your plays!” she tells him, in equal measure of fondness and frustration. It’s a criticism Chekhov’s detractors have long lobbed at his oeuvre, and The Seagull – the first major work in a quartet of plays his admirers praise as the beginning of modern theatre – is no exception. There, he plops you right into the middle of a daisy-chain drama of unrequited love amongst an ensemble of mostly unhappy characters at an idyllic estate outside Moscow, relying upon entr’acte actions occurring offstage to propel the plot, what little there is. It’s a daunting task to mount a stage production of the play these days, given the college-lit symbolism embodied by its hapless titular bird and the narrative arcs to which today’s audiences are accustomed, much less adapt it for the big screen and still remain true to Chekhov’s delicate dramatic sensibilities. Either way, it’s an uphill climb.

This film adaptation of this seminal play (the fourth, by most counts) gets about halfway up the hill. The effort is unquestionably sincere, but the parts are ultimately better than the whole. Initially, director Mayer appears overwhelmed by the subtextual dialogue assigned to the diverse array of lovesick characters (the famous retort made by Moss as the piteous and pitiful Masha about why she always wears black disappointingly thuds, lacking emotional sting), but he soon finds his footing and occasionally reveals something heartbreakingly genuine for contemporary moviegoers in the myriad complicated relationships comprising Chekhov’s insulated world. In particular, a tender scene marking a rare truce in the tumultuous, oedipally charged relationship between Konstantin (Howle, making an impression here) and his monstrously self-absorbed mother, Irina (Bening), is beautifully realized before erupting again into full-out war between the two. But in the end, the play’s the thing, and Mayer can’t fully master it. Then again, perhaps the Russian dramatist intended his once revolutionary creation to always defy mastery.

Actors love Chekhov, and with good reason. He shines the spotlight on even the most peripheral of players at least once during the course of each of his works. The standouts here are a snaky Stoll as the passively manipulative Boris, Irina’s handsome and accomplished paramour who becomes Konstantin’s rival for the affections of the the naive Nina (Ronan), and Moss’ amazing turn as the vodka-swilling, snuff-snorting Masha. In the tricky role of Irina, the grande dame classical actress who’s center stage at all times, Bening must be unpleasant without completely alienating your sympathies. While the character grates much of the time (it comes with the territory), her subtly fearful reaction upon hearing the heavily foreshadowed gunshot at the film’s end momentarily lifts this version of The Seagull to tragic flight. 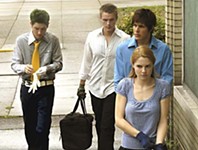 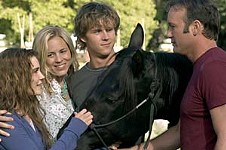 Flicka
Girls and their horses. They're grist for this new update of Mary O'Hara's beloved novel My Friend Flicka.

The Capote Tapes
A literary life of oblivious self-destruction