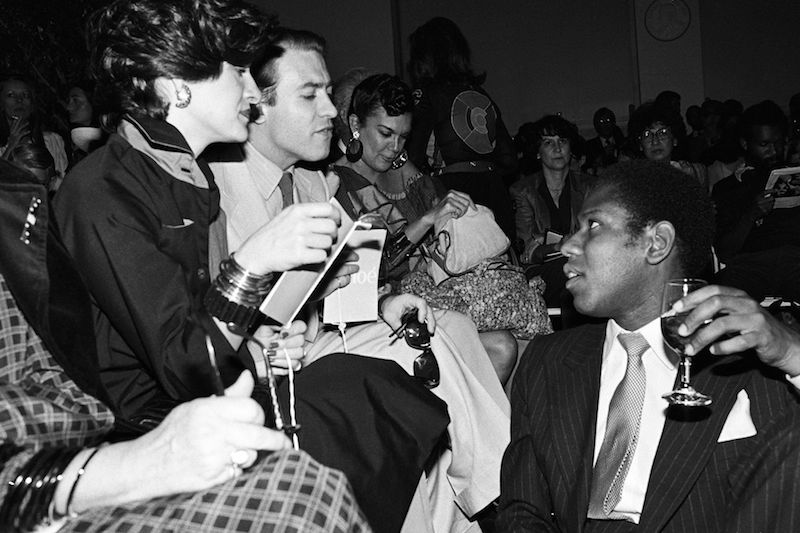 The Gospel According to André

Anyone with even a glancing familiarity with fashion will likely recognize the outsized, caftan-swaddled figure of André Leon Talley – from his dishy Vogue columns, his judging stint on America’s Next Top Model, or perhaps as the intimate of starrier names like “Andy” (Warhol) and “Mrs. Vreeland” (Diana) and as a supporting player in the surging fashion doc trend (The September Issue, The First Monday in May). Now in his late 60s, Talley is still a front-row fixture at fashion week, but with this new biographical portrait, he’s finally, rightfully, placed front and center.

While Kate Novack’s documentary suffers from a certain vagueness in the telling of Talley’s life, what’s clear is that it’s been an exceptional one. Raised by a devoted grandmother in the Jim Crow South, Talley made his escape first to Brown University, and then to New York, where through a combination of luck, moxie, and talent, he landed in the Seventies at Warhol’s Factory and Vreeland’s Costume Institute. His byline soon followed in the pages of Interview, Vogue, and Women’s Wear Daily. The film only skims the various rungs Talley climbed in his career; more effectively, it chronicles the ascension of his persona.

Talley is a supernova of charisma. Sometimes – by dint of a naturally performative personality, or simply due to his years of experience in front of cameras – his candidness comes off a touch practiced. But a rawer Talley emerges when he speaks of the racism he’s encountered within the industry. More affecting yet is how Talley’s history of breaking down barriers subtly plays in conversation with the film’s backdrop of the 2016 election. A dazzling orator, he falls silent watching Trump’s inauguration. The camera holds on him, no editorializing required: The face – of a trailblazer watching progress roll back in real-time – says it all.

The Gospel According to André
...

The Gospel According to André, Kate Novack