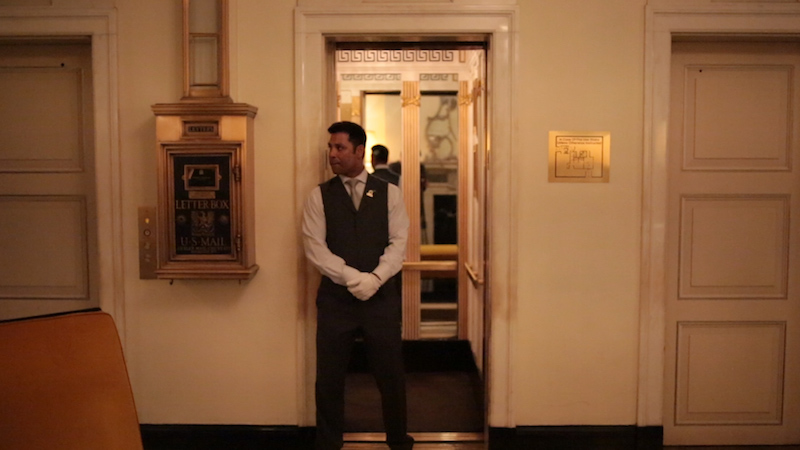 Always at the Carlyle

Matthew Miele’s latest documentary Always at the Carlyle has a similar premise to his previous feature, Scatter My Ashes at Bergdorf’s: Find an elitist, deeply inaccessible icon of Old New York and explore its history. Or, in other words, give it some publicity. The Carlyle is a 1930s hotel that has long prided itself in being discreet. Lots of famous people have stayed there, from JFK to David Bowie, Princess Diana to George Clooney, and the hotel has used them to bolster its reputation (and price point). Also on-site is a famous bar (Bemelmans) and cafe (the Cafe Carlyle), where Bobby Short often performed. Both have drawings by famous artists displayed on the walls, like a living museum. (Ludwig Bemelmans, after whom the bar is named, created the children's literary classic Madeline series, and the cafe was painted by Marcel Vertès, the costume designer for 1952’s Moulin Rouge.) Wes Anderson’s Grand Budapest was inspired by the Carlyle.

The film sets out by interviewing some of the staff, most of whom avoid even naming anyone who has frequented the hotel. There’s this coy, playful air about it that reads like a PR gimmick. The juiciest piece of “history” uncovered is that there may or may not be a tunnel Marilyn Monroe used to visit JFK, but this rumor quickly fizzles. The more interesting, human element is provided by the people who work there; a concierge with a stutter has a particularly touching story. Many of the people interviewed are lifers; one man had worked there for 50 years. But little time is spent on their backstories and even the man who built the hotel, Moses Ginsberg, gets little more than a passing mention. Some big-name celebrities are interviewed, but they fail to provide much color (except for Jon Hamm, who talks shit but never actually stayed there, and Harrison Ford, who’s just bitter).

Hamm is also the only interview subject who touches on what I found to be the film’s most egregious flaw: Considering most people barely make a living wage and food insecurity is on the rise, it seems rather tone-deaf to make a film about a hotel that charges $4,000 to $20,000 per night. I get that many Americans are captivated by the celebrity mystique, but many of the hotel’s customers are anonymous billionaires. At least I can finally sleep at night knowing that they’re always comfortable at the Carlyle. 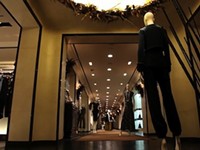