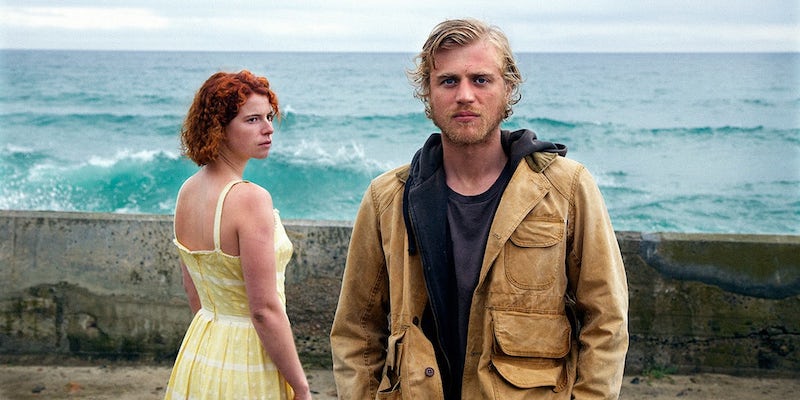 Writer/director Michael Pearce’s debut film wastes no time in fleshing out its troubled heroine: Within the first 10 minutes, Moll (Buckley) flees her own birthday party, guzzles two glasses of vodka, and clenches a piece of shattered glass into the palm of her hand. She sets off for a beach bar where she meets a man and dances all night. He attempts to rape her on the way home in the full morning light, but a stranger with a shotgun comes along and runs him off. Moll and the stranger, Pascal Renouf (Flynn, in a much more appealing role than poor, hopeless Dylan on Netflix’s Lovesick), quickly become lovers, much to the chagrin of her family. The relationship has the air of a reckless teen romance, but this is no Romeo and Juliet story. This is more like Snow White running off with one of the huntsmen. Although fairy tales abide by a strict sense of good vs. evil, what we have here is a configuration that’s a bit more muddled.

There’s a serial killer abducting young girls, and Moll learns from her cop friend Clifford (Gravelle) that Pascal has long been a suspect. She lies about the night they met in order to cover for him. It seems to be an act of solidarity – both Moll and Pascal are social outcasts – because she’s convinced they are the same, misunderstood and good at heart. She thinks she sees the vestige of humanity, the handsome prince lurking inside the beast. There’s a very specific point where Moll begins to doubt his innocence (more apparent on second viewing), and Buckley conveys this notion wordlessly. Strong performances push the story along; it’s not so much about solving a mystery as it is about inner turmoil and the stories we tell ourselves, be they fairy tales or not.

Beast takes place on Jersey, a secluded British island community off the coast of France. The setting plays a crucial role not only because it implies a limited suspect pool, but because the proximity to nature is so important; the themes would never resonate in a city. When Moll has a fit of rage, there’s a cross-cut to an angry ocean. Close shots of the earth create a claustrophobia like being buried alive. The soundtrack features heavy drums that bring to mind a primal call from an ancient tribe, the pulsing throb of a heartbeat. Moll says it’s Pascal’s smell that incites the attraction, as though they’re just a couple of animals with no choice but to mate – their fate caught like a clump of golden thread in a spindle. 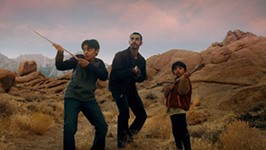