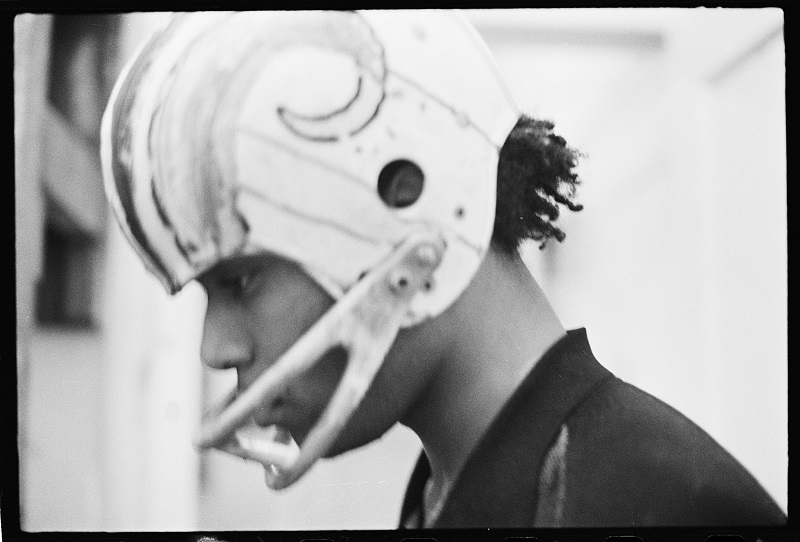 Boom for Real: The Late Teenage Years of Jean-Michel Basquiat

The title of this documentary implies that it’s a look into a specific period of time, a formative time, in an iconic artist’s life. And that’s not untrue. Yet the film isn’t so much about legendary NYC artist Jean-Michel Basquiat as it is about creating mise-en-scène. The narrative begins in 1978 on the Lower East Side, which is a lawless wasteland. Basquiat is 18 years old and basically homeless, crashing with various lovers and friends. He doesn’t own any materials, so he uses his environment as a canvas: street art, glued-together piles of junk, clothes that fashionista Patricia Field let him paint on, grape jelly smeared on a refrigerator door – these were the media Basquiat trafficked in.

Boom for Real covers just two years, tracking Basquiat to 1980 when he sold his first painting. The film’s format is pretty straightforward: a collage of archival footage and interviews. Graffiti painter turned fine artist Lee Quinones spends a lot of time talking about the cultural significance of graffiti art (with a focus on his own work), while rapper Fab 5 Freddy ties the history of jazz to the formation of hip-hop. Both topics are certainly interesting, but Basquiat’s presence remains a ghostly whisper just outside the frame. And maybe that’s appropriate, because it’s representative of what he was at the time. The young artist also created poetry, stream-of-consciousness musings inspired by William S. Burroughs and crime novels. This seemed like a deep well to draw from – even the way he formed his letters is distinct and perhaps symbolic (particularly the letter E – just three freestanding horizontal beams unattached to any support column). One of these poems includes the phrase “Boom for Real.” Viewers catch just a glimpse and then it’s gone. It seems odd to me that something significant enough to be chosen for the title of the film gets barely a passing acknowledgement: Even the 2010 documentary Jean-Michel Basquiat: The Radiant Child provides more insight on this.

The theme here is context, rather than biography. There’s a recurring image of a rocket taking off into space: such an apt metaphor for the escalating fame Basquiat is about to endure. The filmmakers do well to create a rich milieu, even if it is as short-lived and enigmatic as the artist’s own life.