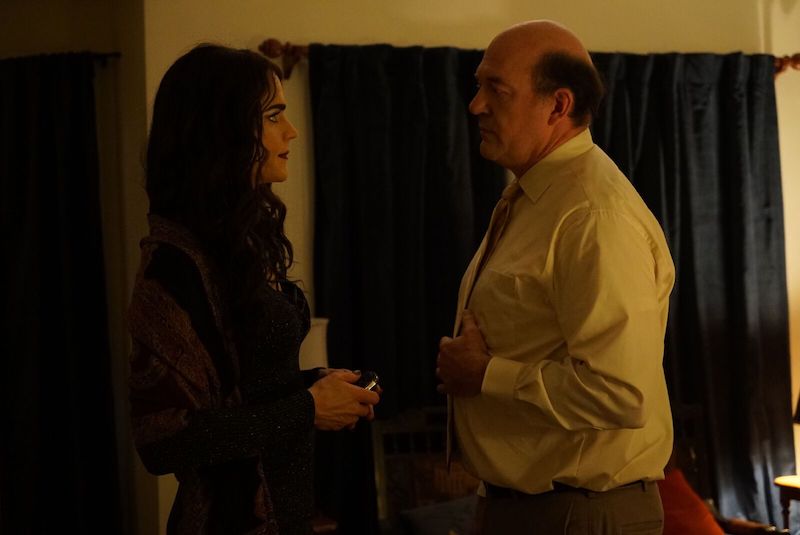 True love conquers all: Either you’re a believer or a skeptic. Believers will find hopeful validation in this story about the romantic origins of a unlikely pair of lovers. Skeptics, however, may come away from Anything feeling as though the movie ends right where it should begin: by testing the unlikely duo’s declarations of love against the challenges of the real world. Can love transcend the limitations of sexual identity, and if so, can that love exist anywhere beyond the confines of a bell jar? These are questions for another movie. Anything is simply the story of how Early Landry (Lynch) and Freda Von Rhenburg (Bomer) meet and fall in love. It’s enough of a challenge to make us believe that these two opposites can find love with each other that the cynics might be willing to overlook the inevitable obstacle course that lines the primrose path to their forever after.

We first encounter Early, heavily dazed, following the sudden death of his wife in a car accident. It’s not long before this newly minted widower from a small town in Mississippi attempts suicide – an act that lands him under the protective care of his loving but controlling sister Laurette (Tierney), a Hollywood studio executive. He moves into her home on the West Coast, and she sells his insurance business, but eventually Early strikes out and rents his own apartment in Hollywood. The apartment complex is, of course, populated with area lowlifes and misfits, where Early is a classic fish out of water but is appreciated by the other tenants for his kind Southern manners. Early reaches out to his neighbor Freda, a transgender sex worker on Santa Monica Boulevard, when he hears her through the walls sobbing after a romantic breakup. A friendship gradually develops between the two, although this Southern gentleman and trans woman appear to have more differences than commonalities. By the end of the film, however, they declare their love for each other. Yet Early is only beginning to grapple with how to rectify his conventional sexual identity with his love for this woman with a penis.

Even when Anything (which writer/director Timothy McNeil developed from his stage play which he performed with Mark Ruffalo, who boarded the film as a producer) is not completely believable, the film always feels honest. As an actor, Lynch exudes authenticity, whether the role calls for sensitivity or terror. (Lynch broke out as Norm, the concerned husband of self-reliant Marge Gunderson in Fargo, but can also cause chills playing faux-John Wayne Gacy in TV’s American Horror Story.) If nothing else, Anything affords this character actor a proper leading man’s time in the spotlight, and that alone is enough reason to celebrate the film. Matt Bomer also excels as Freda, although the role has been pummeled in the culture wars for not casting a transgender actor in the part. McNeil’s first-time film direction is capable but his screenplay suffers from a few too many cliches. Still, when you hear Freda perfectly describe Early as a “portable potbelly stove with insinuating eyes,” you can’t help but wonder when you’ll again hear dialogue as spot-on as that. 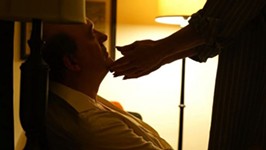