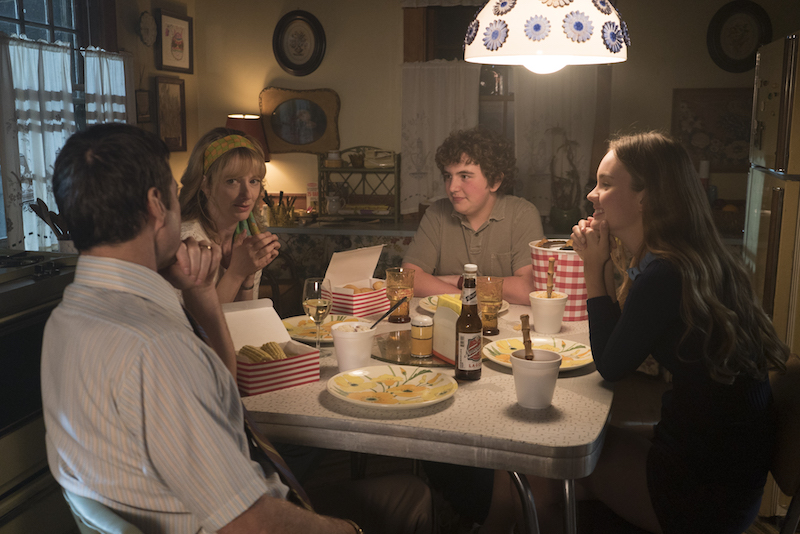 Measure of a Man

There is a distinct possibility that I don’t have a soul, and some of the more incisive evidence is my time with coming-of-age films. Lady Bird may have melted my heart and breathed some new life and perspective on the genre, but woe be to the middle-of-the-road, Seventies-set, sun-dappled summer of various rites-of-passage films flickering across my vision. You had better come correct and discover a unique take on a perennially trite formula, or my cold, cold heart will remain untouched and I’ll be collecting my eyes off the theatre floor. Such is the case with Measure of a Man, a sentimental adaptation of Robert Lipsyte’s 1977 YA novel One Fat Summer.

So, let’s begin with the overly articulate voiceover from our main character Bobby (Cooper), who has body issues, an emotionally unavailable father (Wilson, looking weary and out of place), and is vacationing in Rhode Island in the summer of ‘76. Add a mom (Greer, utterly wasted) whose sole purpose is to periodically ask Bobby if he’s hungry, an older sister who is discovering her sexuality, and some town bullies, the leader of which is secretly gay (yeah, I spoiled that bit of business because the way the filmmakers handle it is horrible). The meat of the story concerns Bobby picking up a summer job, tending to the expansive property of Dr. Kahn (Sutherland). Kahn is an overbearing presence whose obsessive meticulousness about his lawn is only overshadowed by his endlessly pontifical aphorisms. “Consistency is the foundation of tradition,” is one of the typically opaque lessons of knowledge Kahn imparts on the impressionable teenager. Cooper acquits himself as the main character, but between the pratfall/character-building montages and the endless platitudes imparted by the wise, old mentor, Measure of a Man does him few favors, and the film becomes a tedious haul through to the redemptive third act. Your mileage may vary on these things, and I understand the market for producing entertainment that the whole family can not be offended by, but if you enjoy parsing out life advice such as, “The measure of a man is his ability to navigate to a proper shore during the worst of the storm,” perhaps you will glean some enjoyment from these proceedings. But this chilly little elf couldn’t wait for the credits to roll. 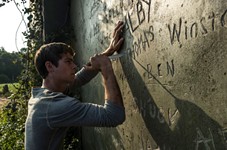 The Maze Runner
Of all the dystopian teen fables, this one based on James Dashner’s popular novel is one of the best.