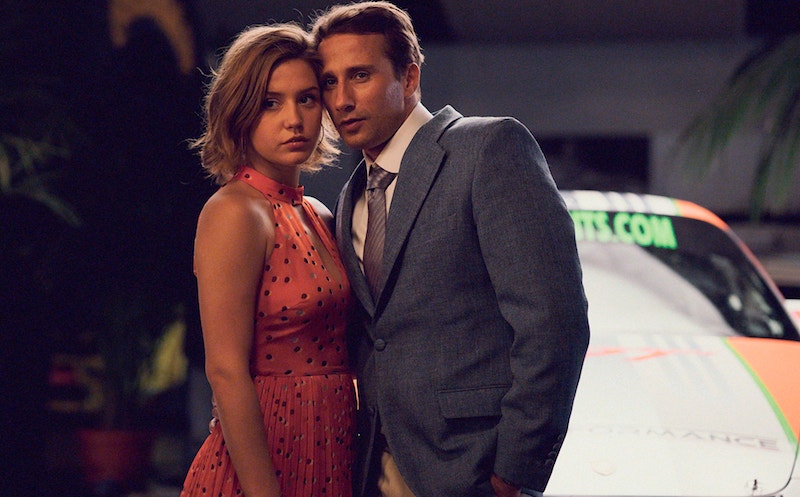 Racer and the Jailbird

Let us address the elephant in the room, which is the title of this new film from Belgian writer/director Roskam (the Oscar-nominated Bullhead; the underrated The Drop). It’s horrible. The original title is Le Fidèle, or The Faithful, which someone, somewhere, in some marketing meeting on a Friday afternoon at 4:30pm decided to rename Racer and the Jailbird. Admittedly, not the worst title in the world (that would be The Bourne Ultimatum), but it needlessly reduces an already overwrought and uneven narrative to derivative confusion. And while the story starts fast and furious, it sputters in its second half, not so much running out of gas as just turning into a completely different film which becomes increasingly more convoluted as it becomes less engaging.

The racer in this story is Bibi (Exarchopoulos) who drives fast cars for a living under the tutelage of her doting father. The jailbird is Gigi (Roskam’s returning all-star Schoenaerts) a member of a gang of thieves whose troubled youth has led him to very poor life decisions. The two meet-cute at a racing event (Gigi fronts as an import/export dealer of exotic cars), and the two naturally fall madly in love. Except he’s hiding the secret of his bank-robbing ways. Truth and lies are major through lines that the film handles cleverly, as with Gigi’s aversion to dogs, the implication being that the canines can see right through him. It is one of a number of ideas in a film with, well, frankly, too many ideas, and it might have more cohesion if a few of those ideas were shorn. It takes a turn halfway through (the last car metaphor), after an exhilarating heist set on an overpass, and Gigi is eventually incarcerated (it’s right there in the title, people). A promising tale unravels under the weight of a pummeling third act that reveals illness, brutality, some random Albanian gangsters, and a lunge at that coveted O. Henry brass ring of irony. But the film’s unevenness leaves the viewer vexed and unsatisfied. It’s a film whose first half serves the delectable dessert before moving on to the dreary main course. 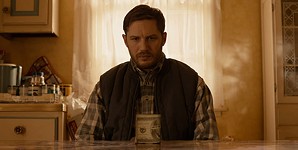 The Drop
Based on a Dennis Lehane story, this disappointing crime drama costars James Gandolfini in his last role.