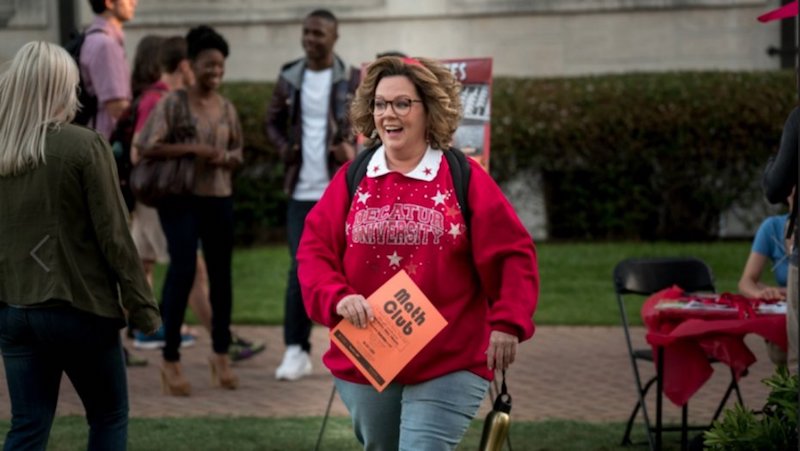 Life of the Party

Humor is subjective. This point was rammed home to me as I sat in agonized silence, fingers sporadically jammed into my eyes, while audience members laughed at the latest shockingly boring Melissa McCarthy/Ben Falcone cringe machine.

At this point, the McCarthy/Falcone equation is clear. McCarthy plays it broad, there's some vague female empowerment subplot counterbalancing her butterfly-like transformation, and there will be some pratfalls. As in Tammy, yeah unto The Boss, and now to low-grade college comedy Life of the Party.

McCarthy's latest awful/adorable persona is Deanna, a clingy, gabby mom in the throes of a divorce, who decides to reclaim her lost youth by finishing her archaeology degree at the same college as her daughter Maddie (Gordon, aka Our Cartoon President's Sarah Huckabee Sanders). See, it's hilarious, because fish out of water, right!

Deanna is so irksome that even McCarthy seems to tire of her, and her bumbling, burbling, shy but gregarious persona is often discarded – not as a sign of character development, but because it would get in the way of a gag. The idea that this bedazzled stereotype would, after a couple of drinks and a late-night hookup with a senior (Benward), suddenly turn into Rodney Dangerfield on a late-night show in the Catskills isn't just absurd: It's lazy writing. It's a sign that McCarthy and Falcone don't care about their story or characters, which would be OK if this wasn't so brake-screechingly devoid of decent laughs. And, no, a wine-sozzled Maya Rudolph taking a racquetball to (as Deanna dubs it) the vaGoogle is not a decent laugh. It's a Farrelly brothers reject.

Talking of Dangerfield, he don't get no respect here. At least the recent gender-swapped rehash of Overboard announced it was a remake: Falcone and McCarthy just raid the bones of Back to School, with none of its sleazy, galling, badly aged charm. This is PG-13 pablum, desperate to scrape in Mother's Day dollars and college-kid cash at the same time. It's so woefully out of touch that the last act revolves around seniors in Atlanta in 2018 going to a party because Christina Aguilera might be there.

Life of the Party has two, maybe three moderately enjoyable components. First, Jacobs and Ennis, both playing a form of mild bafflement/low-grade concussion for something approaching, but not even grazing, laughs. Second, the architecture at Agnes Scott College, which previously served as a backdrop for Scream 2. If you're going to watch a film for good views of the campus, watch that. Hell, I'd rather be chased by Ghostface across the quad than endure McCarthy going through the motions one more time. 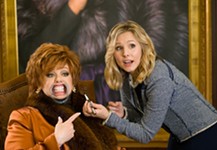 The Boss
This Melissa McCarthy comedy is funny, but should be even funnier 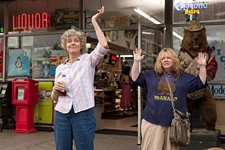 Tammy
Melissa McCarthy burns through a lot of goodwill in this limp, confused comedy cowritten with her husband, Ben Falcone.