An improbable pop culture darling, Associate Justice of the U.S. Supreme Court Ruth Bader Ginsburg is having a moment, going on five years now. It kicked off with 2013’s Notorious R.B.G. Tumblr and trickle-down meme that was then expanded to book length in 2015 (surely I’m not alone in having to explain the Biggie reference to Ma in advance of her book club meeting?) and culminating in this documentary release so breathlessly anticipated that the Drafthouse, that strict enforcer of a monkish quiet in the theatre, is hosting “rowdy” screenings so RBG fans can whoop and holler in honor of their fave Supreme Court justice. Considering pop culture usually lands on a less deserving object of obsession – some YouTube star, or whatever flavor Kardashian we’re licking this month – it’s a welcome treat to collectively cheer on a feminist icon. And if you’re going to canonize someone, you might as well do it while they’re still alive and can enjoy it.

Ginsburg’s health is of course a topic of interest, and considerable nail-biting, as the diminutive judge, a two-time cancer survivor, nears her 90s and progressives pray with a born-again’s zeal that she can ride out Trump’s presidency, thus avoiding a second conservative-appointed justice. Julie Cohen and Betsy West’s documentary portrait takes pains right away to show off Ginsburg’s fitness routine (lady can hold a plank like nobody’s business), before settling into the familiar pacings of a biographical survey. By threading together the audio from past speeches, testimony from her 1993 confirmation hearings, and sit-down interviews with the subject herself, the filmmakers cleverly give the impression of Ginsburg narrating her own story. That story courses from her Brooklyn beginnings and touching romance with husband Martin Ginsburg (coming soon in a dramatic film starring Felicity Jones and Armie Hammer) to her trailblazing as a female law student and her many legal victories. Talking heads – including NPR’s Nina Totenberg, Gloria Steinem, Bill Clinton, and Ginsburg’s own family – chime in, too, but they all stick to roughly the same script, with personal observations about Ginsburg’s tenacity and self-seriousness, her love of opera, and her advancement of equal rights.

The film also devotes time to Ginsburg’s more recent legacy as the author of numerous dissenting opinions, a byproduct of the court’s tilt toward the right. Dissent – or a remotely critical eye – doesn’t have any place in RBG; this is an entirely admiring doc. An incomplete one, too: A brisk 96 minutes, RBG had room for a more probing look at Ginsburg’s judicial philosophy and impact on the court. Ginsburg’s contributions are substantial; this peppy portrait feels a little lightweight next to her stature.

Editor's note: An earlier version of the headline for this review incorrectly described Justice Ginsburg as the first female member of the U.S. Supreme Court. That honor went to Sandra Day O'Connor. 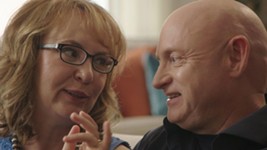 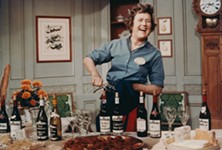