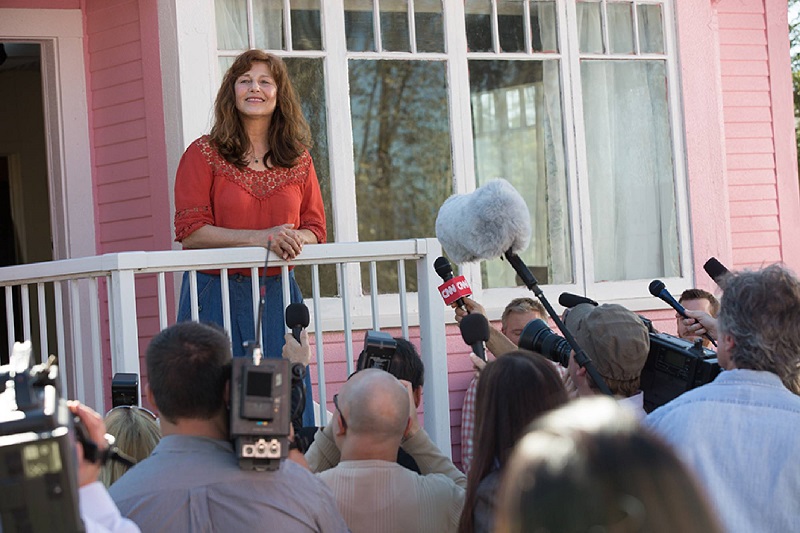 As elevator pitches go, “Mawkish tearjerker about a true-life eminent domain lawsuit” is a curious one, to be sure. But Little Pink House somehow finds a relatable emotional core to what could be a tedious courtroom drama.

The title is misleading. “It’s not pink,” Susette Kelo (Keener, with a world-weary resilience) states firmly to her neighbor, deli owner Billy (Cunningham), about her recently restored home, “it’s Odessa Rose.” She’s prone to give people a sharp slice of her mind, having worn off her soft surfaces through a couple of divorces and her tough day job as a paramedic. She found a run-down but adorable two-story in the small Connecticut town of New London, and any homeowner that has poured their heart into ripping up disgusting lino to find gorgeous hardwood underneath will sigh and nod with recognition when she scours junk piles for the right size of used faucet. However, her own construction plans are paralleled by state-level machinations: Republicans (led by Douglas as the never-actually-named Governor John Rowland) have a plan to use a little-known mechanism called the New London Development Corporation to seize her home, and use the land and that of her neighbors to lure pharmaceutical giant Pfizer to the tiny town. No kidding, they’re eyeing the site to build a Viagra plant, and yet Little Pink House is not interested in cheap erection gags.

That this becomes one of the landmark eminent domain cases blindsides Kelo. She’s living a Lifetime movie (and that’s no insult) of navigating a new relationship with antique store owner Tim (Rennie), but writer/director Courtney Moorehead Balaker weaves the top-level machinations into the background. Her real nemesis (and the biggest shame is that they are kept so separate for most of the events) is Tripplehorn as Dr. Charlotte Wells, the local Democrat who sees her own political future linked to not-Rowland's ascendant star. They are the true heart of the conflict – broken loyalty to a property vs. ambitious "big-picture" thinking – but it's clear who is the good soul here. When Susette weeps as she hopelessly sweeps the debris from her demolished neighbor's home from her porch, it's a perfect underdog moment.

Little Pink House is not one of the great civil rights movies (it's no Loving or To Kill a Mockingbird), but its slow, steady charm never lets go of the fact that these are people's homes on the line. While eminent domain has become a bugbear of the right, this reframes it as an aspect of gentrification, a core issue for the modern left. The residents of the forest-fringed Fort Trumbull neighborhood would find a lot in common with their urban Oakland counterparts in the upcoming Blindspotting. 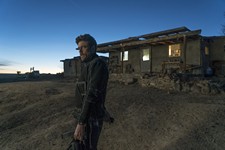 Sicario: Day of the Soldado
Cross-border thriller gets a bloodier, morally grayer sequel 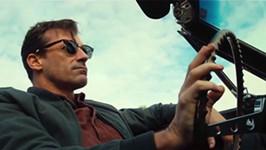