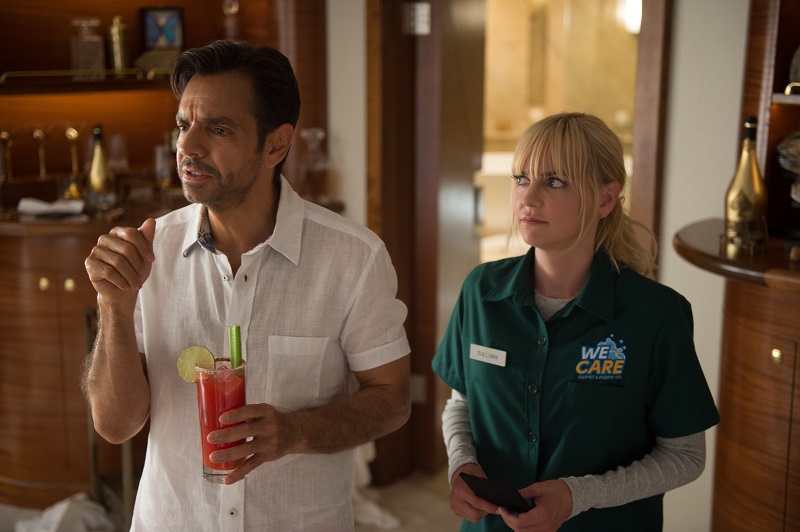 File this one under Remakes That Nobody Asked For. The 1987 original is perhaps best remembered as the movie that introduced Goldie Hawn and Kurt Russell to each other, thereby serving as the launchpad for their 30-years-and-still-ticking romantic partnership. Updating the Eighties romantic comedy with a sexual role reversal, the plot of the new Overboard is similar to the original: It’s mildly entertaining while also masking criminal deceptions as romantic foreplay. Yet this remake has little of the real-life sizzle that Hawn and Russell added to the story.

Pairing Eugenio Derbez (How to Be a Latin Lover) with Anna Faris (a comedic screen delight now bogged down in the calcifying characterization required by her hit TV series Mom) sounds like a good idea, but the partnership sparks only a tepid chemical reaction. Faris plays Kate, a mom of three girls who works two jobs and is studying to take a nursing exam. Called in to clean the carpets on the yacht of a wealthy playboy while it is parked dockside, Kate meets Leonardo (Derbez). Their initial antipathy is sealed when Kate is pushed overboard, destroying her carpet-cleaning equipment in the process while Leonardo sails off. Soon, Leonardo, the son of the third-richest person in the world, is knocked overboard in choppy waters, and ends up in the local hospital with a case of amnesia. His family declines to claim him due to nefarious internal squabbles, so Kate, with the help of her pizza-shop employer (Longoria), hatches a plan to settle the score by falsifying records to show that Leonardo is Kate’s husband. As time passes, the newly dubbed Leo learns the value of hard work through his arranged construction job, becomes a doting father to three girls, and even develops into a loving husband and talented home cook. The deception lasts long enough for Kate to earn her nursing degree and for Leo to grow some calluses on his “lady hands.” The truth of the trickery unravels in an instant (Oh, that handy amnesia trope!), but Kate and Leo are able to overcome their rocky start and sail off into smoother waters. Be advised that no Dramamine is necessary for this excursion.

This script (by Rob Greenberg and Bob Fisher, working from Leslie Dixon’s original) drowns in mediocrity, and first-time film director Greenberg (a veteran of TV directing) seems to lack original director Garry Marshall’s innate funny bone. As a vehicle to further introduce Mexican movie star Derbez to crossover North American audiences, the new Overboard fulfills this purpose adequately, but there’s nothing going on here that will rock the boat. 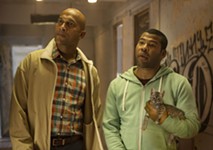