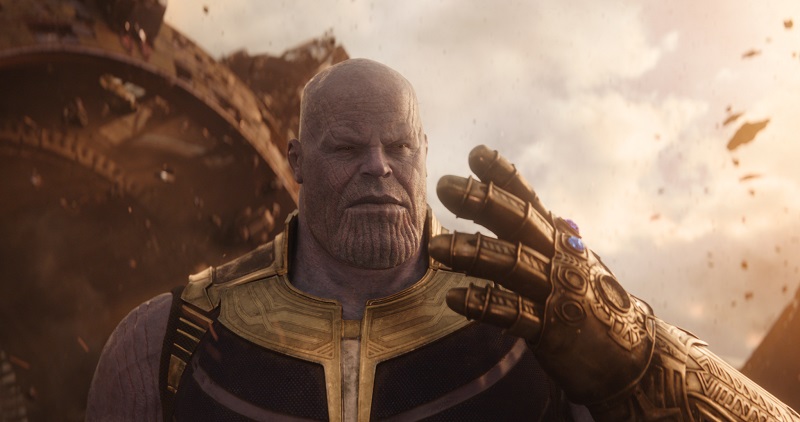 When we last visited the Marvel Cinematic Universe, the outlook was bleak. The Avengers had disassembled, with Iron Man (Downey Jr.) left with the twisted fragments as Captain America (Evans) and the Black Widow (Johannson) took to a secret, nomadic life. Yet the fragmenting goes deeper: Vision (Bettany) and Wanda Maximoff (Olsen) are off the grid, and Thor (Hemsworth) had taken off to Asgard, which is now rubble and a distant memory in the wake of Ragnarok. The Hulk (Ruffalo) has disappeared, Doctor Strange (Cumberbatch) works under his cloak of magic, Black Panther (Boseman) is busy with Wakanda, and the Guardians of the Galaxy are off practicing their vaguely mercenary do-gooding in the depths of the cosmos.

Let's stop right there. That pretty much everyone reading this will know exactly what all of that means is an almost unprecedented achievement in pop culture history. Nineteen interlocking films over a decade, making superheroes cool and ubiquitous again. An achievement that big needs a big payoff. Which means a big villain. Which means Thanos.

In the original Marvel Comics upon which Infinity War draws, Thanos was the mad Titan, a deranged genocidal maniac who fell in love with Death incarnate, and offered her the lives of half the beings in the universe as a sign of his devotion. To achieve that, he wielded the Infinity Gauntlet, and the six infinity stones (Marvel's grand MacGuffin) to simply wish them away.

Well, Death as a maiden would be a little too much of a stretch for even Marvel's cinematic outings, so Avengers: Infinity War takes a different tack. So many of its films to date have been heroic origin stories, of gaining power and the wisdom to use it well. That's what Thanos thinks he's doing. His galaxy-spanning cruelty to date has been a means to an end, and the end, if you'd just let him explain, is for the good of all. But then, that's what the most terrifying maniacs always tell themselves. He's been looking for the stones (most of which have been spotted in earlier MCU films) and accompanied by his malevolent Black Order he's on a final, devastating warpath to collect them, and only the Avengers (and affiliated heroes) can possibly stop him, on Earth and far beyond.

This isn't just the culmination of a decade of big storytelling. It's the logical conclusion to casting charismatic and skilled actors at every step. There has not been a fiery-hot galaxy of stars assembled onscreen like this since the great wartime ensembles of the Sixties and Seventies, the A Bridge Too Fars and The Longest Days and The Great Escapes. Like their creators, MCU producer/allfather Kevin Feige recognized that, rather than being overburdened with headliners, he cast the parts so that when Doctor Strange finally meets Iron Man, it's Oscar nominees Cumberbatch and Downey Jr. sharing the screen. Even if their scenes only last moments, it's electric: Whether it's Gurira in full war mode as T'Challa's doomspeaking counsel Okoye, or Bautista, back under Drax's full body tattoos, eating snacks invisibly, everyone has their moment, and it all ties together. Every character gets something to do, and everything they do adds to the whole, which is what a great ensemble should achieve. Moreover, the script by longtime MCU writers Christopher Markus and Stephen McFeely breaks up established partnerships and puts new ones in place that aren't just there for mix-and-match pleasure. For anyone that thought Strange was just a stage magician Tony Stark, again, just wait for the pairing. Or Thor and Rocket (Cooper, stealing every scene as always). Moreover, it rebalances the characters back to where they need to be for an ensemble: Steve Rogers is the stern moral compass, Peter Quill (Pratt) the goofy rogue, T'Challa the king who must make tough choices, and Thor, too often the comedy fish out of water, a god once again.

But most importantly, this is Thanos' film, and under the makeup and CG, this is Brolin (previously glimpsed only in moments of menace and manipulation) striding through like a brilliant, broken force of nature. He conveys in flickers of emotion that his deviant mind is convinced he is the true hero, and that sundered worlds are just an inevitable cost of doing the right thing.

And those worlds are sundered. The Marvel films have been accused of being repetitive in their structure; Infinity War bursts any conventions wide apart. This is a vast, truly epic endeavor, one that both brings the current MCU to a near-climax (wait for the so-far-untitled follow-up, due May 2019, for the ultimate resolution), and sets the future in motion. There is darkness, and the Russos give as much terror and menace to a character being stabbed as to them having a moon literally thrown at them. There is whip-smart warfront humor to lighten the mood but, most importantly, in bleak times on and off the screen, they give us something vital: hope. 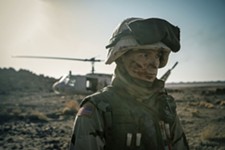