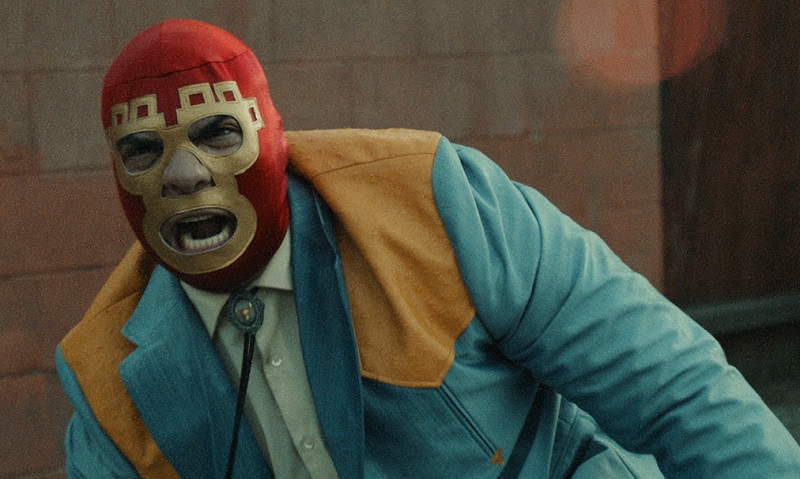 Subtlety and tact may be the only aspects of storytelling missing from Lowlife, the wild, multistranded feature debut of writer/director Ryan Prows. Building on the monstrously sleazy style and corrupt tone he first tackled in his 2011 short "Narcocorrido," he assembles an ensemble of kidnappers, smackheads, alcoholics, and murderers – and those are the good guys. When your film opens with rogue ICE agents raiding a hotel to sell the residents to gang lord Teddy “Bear” Haynes (Wrong’s Mark Burnham as the worst man alive) for organ harvesting, the moral barometer has been set pretty low.

The desperate action breaks itself into four overlapping chapters: “Monsters,” “Fiends,” “Thugs,” and finally the unifying “Criminals,” all set on one sleazy, skeezy, sweaty day in Los Angeles. Of course, the threaded crime narrative will draw comparisons to Quentin Tarantino’s early oeuvre, and that comparison is completely fair. However, while the Pulp Fiction director has always painted redemption as something best left for the deathbed, Prows has a softer side, and gives all his bottom-feeders a shot at doing the right thing – even the rage-filled luchador El Monstruo (an extraordinary and complicated performance under the mask by Zarate), and Prows' "Narcocorrido" star Micheaux as a reforming junkie. Everyone’s trying, Ringo, trying real hard.

Prows also has a more deft and adroit handling of race relations in modern America. While Tarantino has always tackled race head-on, if often with too blunt a tool, Lowlife manages to feed in more subtlety. The cartoonish nature of the violence, like how El Monstruo will wake up clutching someone else’s severed hand, never quite overpowers this surprisingly fresh and nuanced take. Unexpectedly, his vehicle for this analysis is ex-con Randy (Oswald), fresh out of jail with a Swastika tattoo covering his entire face. It’s a bold decision, but one Prows embraces with such verve that, somehow, he gets away with it.

Lowlife is also far more bloodstained than Tarantino’s normal fare. Grisly isn’t the word: The entire effects and makeup team work overtime for some of the most splattertastic effects in any non-horror film since the bone-shattering, skull-squishing glories of Brawl on Cell Block 99. But underneath that layer of gore, this is an eye-poppingly smart exploitation flick with a weirdly oversized heart. Everyone gets the ending they deserve, and on their own terms.