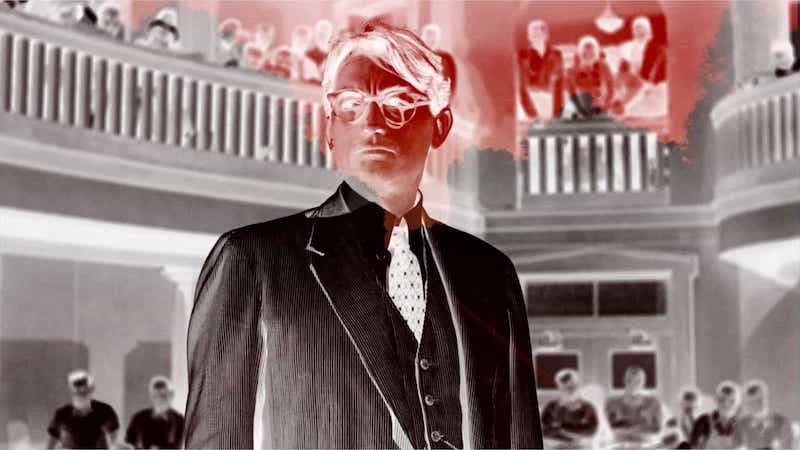 Did You Wonder Who Fired the Gun?

Human beings have a need to know: who we are, where we came from – essentially, what happened. We keep records, take photographs, tell stories, and build memorials. We try to keep track of our history. But sometimes there are missing pages. And sometimes there’s darkness.

In the documentary Did You Wonder Who Fired the Gun? filmmaker Travis Wilkerson attempts to get some answers regarding a family murder mystery: In 1946 rural Alabama, his great-grandfather S.E. Branch, a white grocery story owner, shot Bill Spann, a local black man, in “self-defense.” Spann died two days later. Branch was charged with murder but not convicted. The story is eerily similar to George Zimmerman’s killing of Trayvon Martin in 2012.

Wilkerson, who has directed five other documentaries, has somewhat of an experimental approach to filming. There isn’t a whole lot of ephemera to work with, even after years of research – the courthouse didn’t have a single record on the case. He’s got a newspaper article and Spann’s death certificate, which he reads in full (he also narrates). Wilkerson has a really keen eye. Not many people wanted to talk, so oftentimes the camera is artfully focused on an imposing tree or a dilapidated building. The stills from the film could easily make up a photo exhibit, but that’s not why we’re here.

Sometimes the screen goes completely black as the film focuses solely on the audio component (Wilkerson’s voice). It has the sense of a confession, and made me wonder if this project is somehow an act of penance. If so, I’m not sure what purpose that would serve, or if it’s a good idea to leave an audience in the dark. (Although that applies on a metaphorical level as well.) The implications that Wilkerson does manage to dig up about his great-grandfather are even more chilling than the facts, but overall the lack of closure is frustrating.

As Wilkerson sets out in search of Bill Spann’s grave, the lens widens to include other victims of Alabama’s racist history, such as Recy Taylor and William Moore. There’s an unusually interactive element in a call-and-response mechanism: Words appear onscreen to entice the audience to say the names of some of the more current victims of racial violence aloud. I felt a bit awkward doing this alone (though I did write them down), but I’m curious as to how a larger group of people would react. I hope they say them. I hope they write them down. So that there won’t be so many missing pages, and so that, maybe someday, not so much darkness.

Did You Wonder Who Fired the Gun?, Travis Wilkerson