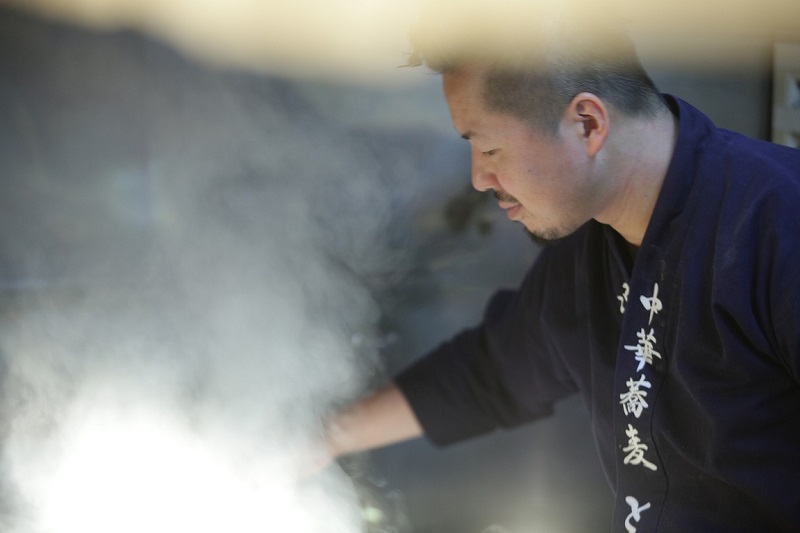 Ramen Heads employs the same religiosity with which most contemporary food docs approach their subjects; when early on the narrator likens the act of eating ramen to “a feeling like the warm, glowing memory of a lover,” you’ll know right away if this is the right kind of movie for you. And why not get holy about a humble soup some men (they’re usually men) have spent their whole lives trying to perfect? Director Koki Shigeno zeros in on one particular chef, Osamu Tomita, and his out-of-the-way ramen shop, Tomita Ramen in the city of Matsudo, that is regularly voted the best in Japan. On a granular level, Ramen Heads can be quite absorbing; in a 10-seat restaurant that patrons line up hours in advance to cram into, Shigeno’s camera provides the kind of access most of us will never enjoy, including a behind-the-scenes look at a master sweating his dashi. What the camera can’t convey is the mouthwateringness of the thing. One of the boons of the foodie doc boom is how artfully fawning food cinematography has gotten. Frankly, ramen should look better than this.

If Tomita Ramen is Mount Olympus, then the structurally scattershot and aesthetically clunky Ramen Heads is rooted more in the weeds. Shigeno assumes of the audience an intermediate-level understanding of ramen until fully halfway through, when his film suddenly stops for a tonally wacky, animated romp through the dish’s history and cultural importance. The asides to other ramen masters might have been better integrated; same with the back-end focus on Tomita Ramen’s 10th anniversary, an event that feels like an afterthought, and a missed opportunity in terms of the narrative’s build. And, amidst a soundtrack that effectively incorporates familiar classical music tracks, what I think is Natsumi Tabuchi’s original theme music, heavy on the snare drum and cymbal, is dispatched incongruently and overloudly, with all the self-serious pomp of a national anthem piped in at a medal ceremony. Inelegant but not uninteresting, Ramen Heads is a bronze contender at best.