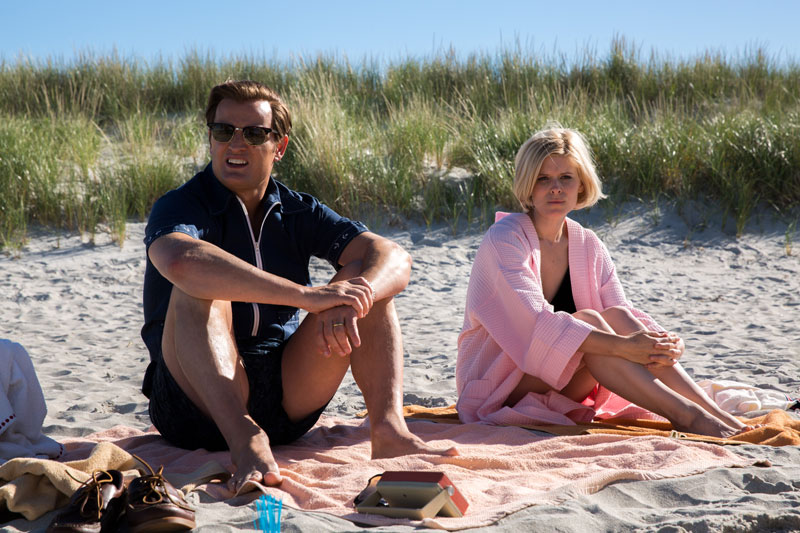 As a child of the Nineties, growing up in Massachusetts, I was pretty familiar with Ted Kennedy’s presence, on TV at least: his square jaw and booming voice. I had a vague notion that he was a severe alcoholic. And I knew that, when he was younger, he drove his car off a bridge with a woman in it. She died. The ensuing cover-up (he tried to lie and say she was driving) had morphed into a bit of lore by the time I came around, but people had certainly not forgotten.

Chappaquiddick portrays the “incident” with the delicate meticulousness of an autopsy – which is ironic because the body of Mary Jo Kopechne never got one. The original script by Taylor Allen and Andrew Logan (their first) is not only incredibly well-researched, but fair, as their Ted is neither victim nor villain. (People trying to draw partisan lines need to GTFOutta here with that.) Director John Curran (The Painted Veil) uses long takes to create suspense, with a distinct focus on everyday sounds – each turn of the dial on a rotary pay phone, the ticking of a clock – to fill excruciating pauses. Cross-cutting images of Mary Jo screaming, fighting for air in a sinking vehicle, with ones of Ted calmly combing his hair makes for a jarring and morbid juxtaposition.

Jason Clarke is all Kennedy, especially in the mouth (must be those goofy veneers). The character is an overgrown boy (“I’m busy,” he says, as he’s flying a kite on the beach) who’s just sort of bumbling his way through the worst week of his life. He feels guilty about the situation, this “family tragedy,” until it interferes with his brunch plans. Kate Mara’s Mary Jo is tame and sweet, whispers away from being a well-rounded character. The filmmakers seem to be concerned about preserving her innocence, just as the real-life Kennedy was. It may be a bit idealistic, but it’s not a disservice.

In a way, the film is a portrait of grief (Bobby Kennedy had been assassinated just a year prior), but it’s not without instances of dark humor: When a staffer says Teddy “looks like a putz” for parading around in the neck brace he intends to wear to Mary Jo’s funeral, it’s funny because there’s something comical about the absurdity of his cluelessness. But when Teddy says, “We tell the truth. Or at least our version of it,” that’s the thesis of this film: It’s the truth. A version of it.

See "The Shattering of Camelot," April 6, for an interview with director John Curran and writers Andrew Logan and Taylor Allen. 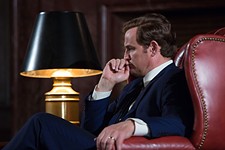 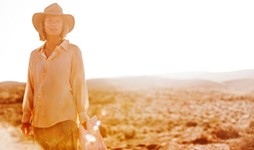 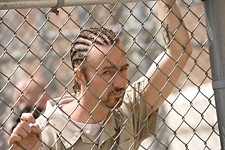