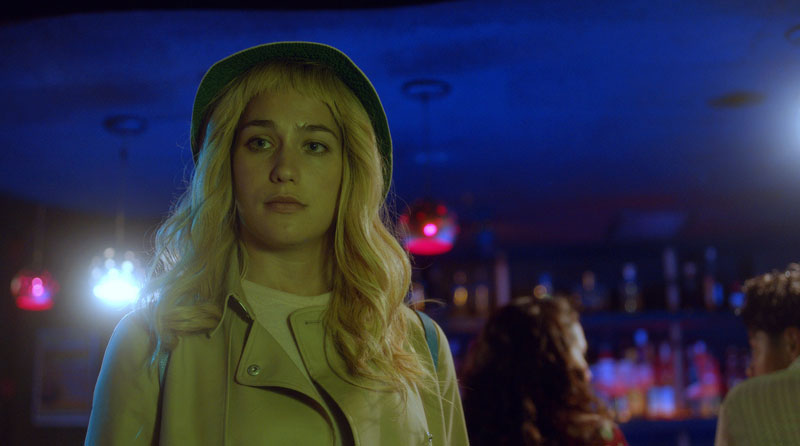 There are 13 million stories in the naked city of angels and most of them involve a gun, a girl, and some mournful, melancholy sax-action at some point in the telling. Director Aaron Katz’s Gemini is a neon-drenched murder mystery – or is it? – for the selfie generation, set in the hipster hamlet of Silverlake. So it goes with this highly stylized slice of bad, black millennial noir, a post-mumblecore take on the shady underbelly of L.A. in which Los Angeles plays itself, very nearly upstaging the main characters’ plight.

Jill LeBeau (Kirke) is the perpetually patient personal assistant and all-around amanuensis to ascending starlet Heather Anderson (Kravitz). Reeling from a recent breakup with her boyfriend Devin (Carney), Heather’s decided to back out of her next movie and sends Jill to break the news to director Greg (Franklin). Since it’s a passion project that he’s been working on for years, Greg does not take the news well, nor do the project’s producer and Heather’s agent. All this career chaos leads the pair to a night of La-La-Land debauchery involving smashed K-town karaoke, much existential navel-gazing, and a too-close encounter with an overzealous superfan (Kennedy) until the pair finally crash out at Heather’s home. The following morning finds Heather dead by gunshot and Jill’s fingerprints on the murder weapon. Enter Detective Ahn (Cho), who unsurprisingly fingers Jill as the chief suspect. He’s way off base, of course, so Jill changes her appearance and begins her own search for the real killer, a dedicated PA to and beyond the bitter end.

Writer/director/editor Katz’s longtime cinematographer Andrew Reed renders the L.A. nightscape in forbidding blues, purples, and shades of crimson that visually, at least, recall early Italian maestros Bava and Argento. Atmospheric and borderline surreal in places, Gemini may not enthuse hardcore noir voyeurs, but its subtle focus on identity, the perils of fame in the age of social media, and indeed its entirely femme-centric storyline more than make up for a relatively flimsy whodunit. 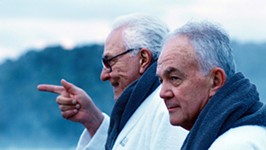 Land Ho!
This buddy comedy travels all the way to Reykjavik – but does it actually go anywhere?