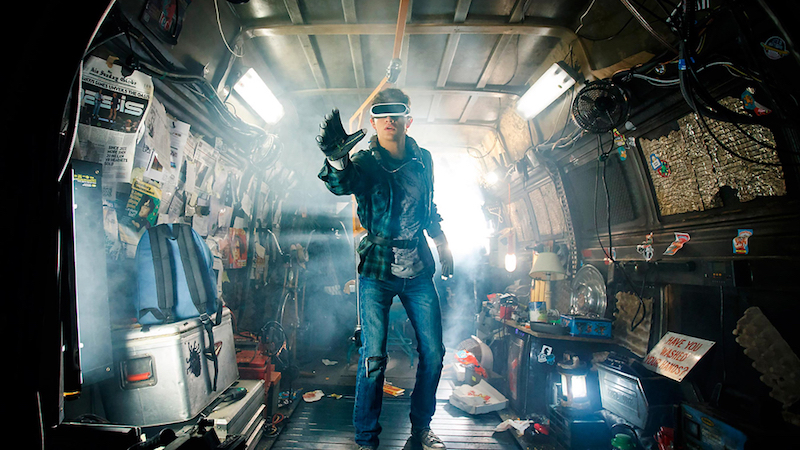 In an era of memes and easily Googled references, it's easy to forget that Steven Spielberg made pop culture history cool. He revived the moribund monster movie with Jaws. He brought the two-fisted Nazi-smasher back out of the shadows with the Indiana Jones movies. Now he's culture jamming every deep nerd reference, from Mortal Kombat to Alfred Hitchcock and the Three Investigators, by adapting Austin author Ernest Cline's genre mash-up Ready Player One for the big screen.

Both book and film are massive, absurd, and unapologetic love letters to Seventies, Eighties, and Nineties ephemera. The film is also a defense and critique of nerdery, and an action romp, and a comedy spoof, and a dark techno-thriller akin to Spielberg's Philip K. Dick adaptation Minority Report. In fact, it's his most jam-packed creation since his screwball comedy 1941, a movie the director once compared to raisin soup. Everyone likes raisins, he said, and everyone likes soup, but put them together and ... eh. That said, pick out the raisins and there's something for everyone to love.

However, there is an undoubted bravery to Spielberg even broaching this subject. He's Mister Oscar Winner these days, and so a super-geeky novel, jam-packed with Dungeons & Dragons and Pac-Man visual nods, might seem a little beneath him. Instead, he embraces it with gusto, following the archetypal geek hero into the belly of a VR paradise/purgatory. In 2045, most people have given up on the real world, and spend all their time behind goggles, in a massive environment called the Oasis. It's a world, as slum-dwelling gamer Wade Watts (Sheridan) explains, where you can climb Mount Everest with Batman. However, the creator of this virtual insanity, the Steve Jobs-esque James Halliday (Spielberg fixture Rylance), has died, leaving clues to his fortune hidden in the game. So now everyone is on the hunt for his fortune. That includes the evil rival Innovative Online Industries under malevolent weenie CEO Nolan Sorrento (Mendelsohn), which is using an army of gold farmers in corporate indentured servitude to solve Halliday's puzzle, take over the Oasis and use it to sell pop-up ads (which is no crazier than any other, game plot). Fortunately, Halliday fanboy Watts and his Oasis avatar Parzival have their own evil-scheme wrecking plans.

Considering the worrying ubiquity and time-suck of modern social media, it's easy to see why a fully immersive VR environment, where you can be anyone you want, would be so alluring. Most people choose to be an existing intellectual property, so the action sequences are Super Smash Brothers deluxe (licensing permitting: so Chucky, yes, Chewbacca, no). If you've ever wanted to see the Iron Giant, Mecha-Godzilla, and Gundam Alex go at it, this is definitely the film for you.

The story's overall trajectory remains true to the book, but between that A and Z the narrative has been heavily remixed and remastered. Potentially placating haters of the novel, Wade is no longer the unstoppable hero who solves everything. Instead, the script by Cline and Zak Penn (with heavy involvement from Spielberg, natch) gives significance and agency to the supporting cast. In Cline's book, they were just a bunch of Barneys (look it up, normo), but here they have at least some purpose.

The biggest beneficiaries are undoubtedly Waithe as heavy-hitter cyborg and all-around in-game tech-wizard Aech (a fascinating piece of casting with a great payoff), and Cooke as cooler-than-thou revolutionary Art3mis. In the book, she's basically a manic pixie gamer Princess Peach, but here Cooke embodies the best of the modern wave of young political activism.

But the Oasis' undoubted spectacle glosses over the vague sensation that Spielberg, Penn, and Cline stuffed the script with so many big ideas that it's bloatware. It ricochets off ideas of fan ownership and corporate dictatorship, online identity and the allure of an alternate you, without ever doing more than scratching the surface. Moreover, while some major characters grow, others (such as Pegg as Steve Wozniak simulacrum Ogden Morrow) become more detached. Most especially ill-served is Mendelsohn, never threatening enough to be the big final-stage boss the game-style narrative demands. That permeates to his underlings (Miller as an in-game bruiser, and John-Kamen's ill-defined fixer/C-level exec), and means Ready Player One never quite finds a tone. Characters die in-game and IRL, and neither seems particularly important. It's almost as if, even after all these years, Spielberg doesn't quite trust himself to set this world out; since when did the king of opening sequences (cf every Indiana Jones film) need a 30-minute voiceover?

And yet, for all those weaknesses, this is a Steven Spielberg film, of the kind only Steven Spielberg can make. Big, raucous, heartfelt, referential, and unabashed in celebrating the culture he has always loved. 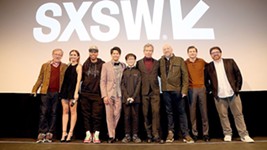 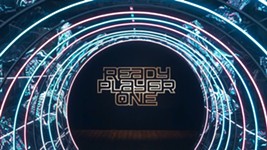 First Look: Ready Player One Experience at SXSW
Step into the Oasis from the new Steven Spielberg film