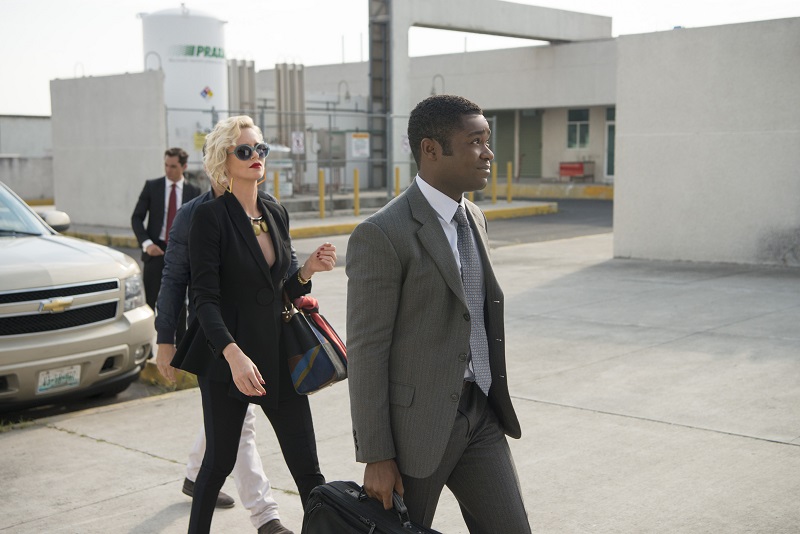 The pulpy dark comedy Gringo divides the world into two categories of people: those who screw others, and those who get screwed. In the first category, meet the co-presidents of a small American pharmaceutical company on the verge of announcing a breakthrough medication, a cannabis capsule guaranteed to clear the smoke in the burgeoning medical marijuana market. (Think of it as Viagra for the stoner set.) Pompous dickhead Richard Rusk (Joel Edgerton) is the kind of overgrown frat boy who keeps a framed photo of himself running with the bulls in the streets of Pamplona in his corner office, while shamelessly self-centered Elaine Markinson (Theron) is an impolitic meanie who doesn’t hesitate to let her cleavage to do the talking as circumstances dictate.

When these two jerks are not literally screwing each other on the job (the company apparently has no workplace dating policy), they’re screwing someone like the trusting Harold Soyinka (Oyelowo), a mild-mannered middle manager falling in the second aforementioned population group. After an under-the-radar corporate merger threatens to unravel following Richard and Elaine’s failed attempt to cut ties with a former business associate, a cold-blooded Mexican drug dealer, a luckless Harold remaining south of the border becomes the sacrificial lamb to their hungry wolves.

The movie has a floppy vibe to it, teetering on lazy farce in its mixed marriage of dry humor and flashes of violence. In Tarantino-lite fashion, the cartel honcho’s apropos-of-nothing question about rating the Beatles’ best album may have gruesome consequences for the respondent, depending on the answer. But like Pavlov’s dog, you soon become conditioned to this one-two punch, and the shock of a laugh quickly followed by a bullet to the head begins to feel rote. Furthermore, a few of the second-string characters seem extraneous to the plot in Anthony Tambakis and Matthew Stone’s screenplay, such as Seyfried’s sweet tourist complementing Harold’s nice guy, and Newton’s entitled cheating spouse. And as for the little green pill that sets things in motion, the availability of edibles in those states with liberalized pot laws today makes that narrative conceit feel somewhat outdated. (Note: The movie began production approximately two years ago.)

While Edgerton’s deadpan turn as Richard has its moments, something about Theron’s ball-busting act as Elaine is unconvincing, her best moment coming when the character briefly acknowledges her vulnerability before quickly switching back to cold-hearted bitch mode. Which brings us to the comic revelation of Oyelowo’s performance as hapless Harry. Can this be the same actor best-known for his solemn performances as Martin Luther King in Selma and African tribal king Seretse Khama in A United Kingdom? Whether he’s acting out by phone Harold’s torture at the hands of invisible kidnappers, drunkenly rambling on about a chess game strategy, or hysterically pleading for this life while kneeling on a darkened Veracruz calle, Oyelowo steals this movie right from under everyone else’s collective nose. He’s a hoot in an act of grand larceny that makes the uneven Gringo worthwhile. 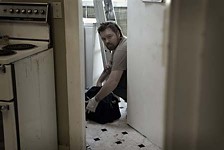 The Square
A satchel full of ill-gotten cash looms over the characters like the iconic root of all evil in this fantastic Australian suspenser.