Why did anyone think it was a good idea to remake Michael Winner’s film vigilantism classic Death Wish? The 1974 film, based on a book by Brain Garfield, was decried as exploitative in most quarters, especially as it helped usher in a golden era of films romanticizing vigilante justice (though in truth, violent personal revenge has been a part of the movies since the days when damsels were tied to the train tracks). Nevertheless, the original sparked a national debate about gun violence and personal responsibility in a time when white flight left our major cities festering in poverty, decay, and an increasing drug menace. The threat of urban crime became a national fixation and, increasingly, people came to believe that they couldn’t rely on the police to keep them safe. It was in that context that the original film touched nerves in a national dialogue. Now, however, we are in a new age of gun debate, one shaped by the frequency of massacres in public places, and an invigorated campaign against the rampancy of gun violence and indiscriminate gun ownership.

The new Death Wish is unlikely to spark similar controversy, simply because the filmmaking is not as compelling as in the original film. Most probably, it will fade from the screen as forgettably as its enervated lead performance by Bruce Willis. Although sharing the name Paul Kersey, as borne by Charles Bronson in the original film and its many sequels, Willis practically sleepwalks through the role. Most of the story remains the same, but Kersey’s profession has been switched from architect to surgeon – and believing Willis as capable of doing anything with a scalpel but cut detonator wires strains credibility. Kersey’s desire for vengeance comes to the fore when detectives (Norris and Elise) are unable to catch the gunmen who broke into his home in suburban Evanston, Ill., and murdered his wife (Shue) and left his daughter (Morrone) comatose. Initially, Kersey can’t find the culprits, but settles for wreaking vigilante justice on behalf of other random victims of violence.

Coincidentally, the majority of the crime perpetrators killed by Kersey are Caucasian or Hispanic. For a film set in Chicago, a city in which the staggering statistics concerning the number of murdered young black men have become a source of national ignominy, director Eli Roth and writer Joe Carnahan’s story about a white family in the North Shore suburbs being touched by violence seems very out of tune with this particular moment in history, stretching itself into contortions in order to not appear racist. The film opens with and frequently returns to a spray of radio talk deejays escalating the chatter about Chicago’s fatalities and reputation as the City of Death. Death Wish takes the original’s generalized obsession with urban moral and physical decay and makes the subject specific to Chicago. However, instead of Chi-Raq and its racial implications we witness a lily-white Windy City where crime has just blown in. Best to just let this whole movie blow over and avoid the wait for sequels, despite the remake copying the original’s suggestive finger-pistol ending that promises more vengeance to come. 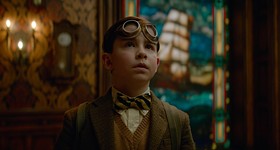 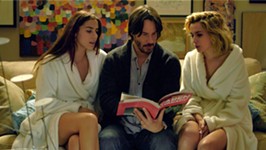