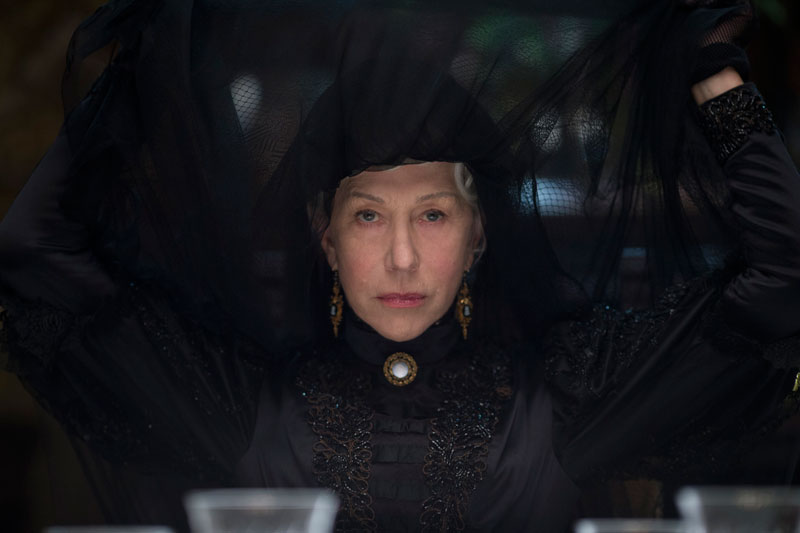 The Winchester Mystery House is a real mansion in San Jose, Calif., and when I was younger my parents took me there. I thought it was rather neat but not nearly as cool as The Addams Family’s digs on television. For one thing, the looming Victorian Winchester manse is in color and downright radiant under the Southern California sunshine, which to an 11-year-old Vincent Price fanatic somewhat drained the spooky potential out of the sprawling estate.

A similar problem exists within the Gothic-lite Winchester, a ghostly tale largely based on the true story of Sarah Winchester (Mirren), heiress to the Winchester Repeating Arms fortune. “The gun that won the West,” however, ended many an innocent life, or so supposes the elderly Sarah, who has constructed her (never-completed) mansion as an aid to both trapping evil spirits and assisting others to move on into the hereafter. This sort of out-of-the-casket thinking didn’t go over very well in 1906 despite the continuing interest in spiritualism, and so the Winchester Repeating Arms Company sends physician Eric Price (Clarke) to determine Sarah’s mental fitness. There is a $20 million fortune in the offing, of course, but you’d think the gunslingers at Winchester HQ would’ve had the sense to procure an alienist who wasn’t himself in spousal mourning and overly fond of injecting himself with laudanum.

Price encounters mysterious goings-on from Sarah’s niece Marion (Snook) and her young son Henry, whose eyes go white from time to time, but the most disconcerting thing about Winchester is how grindingly tedious it is. Helmed by Aussie filmmaking sibs the Spierig brothers (Ethan Hawke-starring time travel thriller Predestination; Jigsaw), this is a tawdry collection of shock cuts, creaky passageways, and a terribly underused Mirren plastered together over only the thinnest of frameworks. You’d think the sordid history of the Winchester house would have inspired a more evocative or even entertaining haunted house story, but the Spierigs rely far too heavily on the sort of shock-cut du jour that has become the lazy and boring norm for so many PG-13 “horror” films of the past 15 years. The high-water mark for genuinely unsettling examples of the haunted house genre feels like it came and went – good lord! – a full 16 years ago, with Alejandro Amenábar’s The Others. Now that’s terrifying. 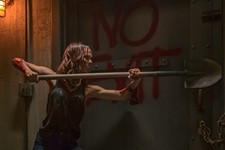 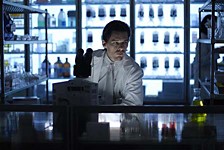 Daybreakers
The vampire community goes into crisis when humans have been hunted to near-extinction; Ethan Hawke plays a doctor working to create a blood substitute.