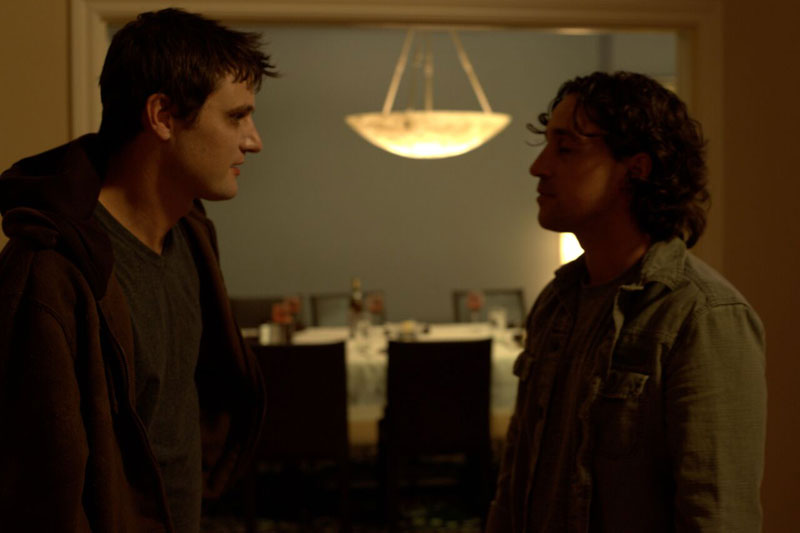 Tweet
print
write a letter
Contrary to the lazy trope, found footage horror is not dead. While it’s the perfect entry point for low-budget filmmakers, it’s also a very particular format, one that if used well (Trollhunter, The Bay) can justify a real budget. When it’s used in a horror movie so bloodless and unoriginal that a character actually says the line, “This looks straight out of a horror movie,” then don’t blame the found footage. Blame everything else.

In this turgid mockumentary, smug documentarian Mike (Nicholas), and his sound engineer Carrie (Jordan Hinson) have been saddled with inept new cameraman Benny (Hunter Gomez), as the three have been invited to be the first people to interview a vampire family. Venture capitalist and head bloodsucker Andrew (late character actor Heard in his final role) has allowed them into his home to explain that all vamps are is regular people who suffer from a form of porphyria that also happens to make them immortal. His haughty wife Elleanor (Bianco) is most worried about keeping the less-than-stable Selvin (Chad Todhunter) from chewing on the guests, and only their other “son” Blake (Keegan, a gleeful spurt of exuberance in these anemic adventures) adores the new-found fame, as now that he can tell everyone what they do in the shadows … oh.

Taika Waititi’s glorious spoof casts a long-fingered shadow over what would be a fresh concept a decade ago, but that’s the least of the problems here. Foremost of these is that Living Among Us ticks off every convention of the found footage format, and does so with low-level tedium. The first eight minutes' info dump, in order: 1) TV reports of the vampire plague; 2) a name-drop introduction of each human character; and 3) a run-through of the equipment they’re using (including the secret hidden cameras that will inevitably become essential by the third act). Every twist is heavily telegraphed, and the only time the action ramps up is when Selvin and Blake take the team on a late-night raid. It’s Near Dark’s roadhouse massacre with shades of Henry: Portrait of a Serial Killer, and a much more interesting story than the attempts by their blood cult elders (led by Sadler, still probably best known as Death from Bill and Ted’s Bogus Journey) to demystify them. Subpar special effects and a by-the-numbers final act “Yakety Sax” chase send this sad mess back to a mercifully early grave. 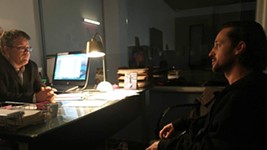 Adverse
Revenge is the game in this neo-noir