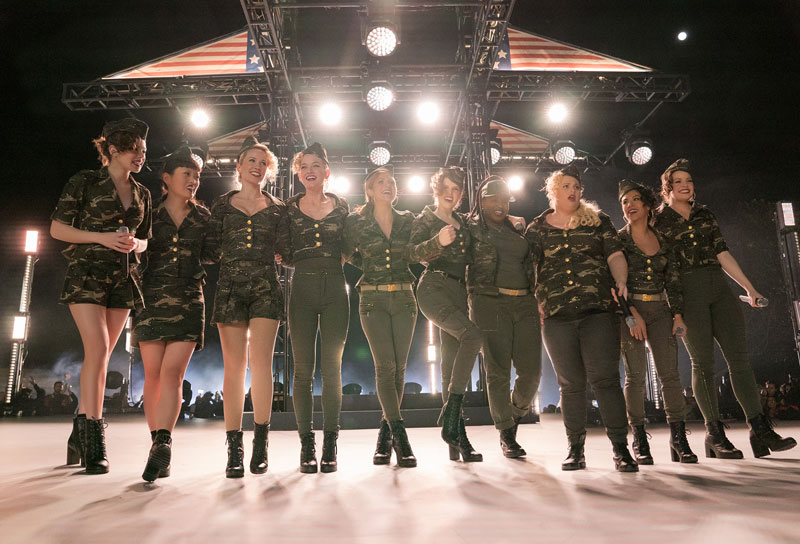 The third (and final?) installment in the a ca-comedy Pitch Perfect series requires the Bellas to get the band back together, not for a Barden reunion but to perform as part of a USO tour, which also happens to be a competition for acts (a Rose-fronted “EverMoist” among them) to score a spot opening for DJ Khaled. (The segue that brought us here was abrupt to say the least.) As in life, the Bellas discover that they are in the big leagues now, and the collegiate rules of a ca-competition do not apply in the real world. They trade in their dowdy flight attendant uniforms for pinup-esque sailor girl costumes, which provide more glitz, yet feel just as uncomfortably servile. Banks and Higgins reprise their roles as the catty commentators, this time pushed to the sidelines as they film a documentary (but why tho?).

The charisma of the first two Pitch Perfects relied on two things: Fat Amy (this franchise would be a flop without Wilson; Kendrick is great, yet she’s a much more fitting lead in Joe Swanberg’s mumblecore films – but damn she can sing!) and the ability to get the audience bopping along to the “mouth music.” No. 3 does boast some boppers but there is markedly less oomph behind the singing and dancing – the choreography is actually a bit dull, which is puzzling as Sie (who also directed Step Up: All In) has made a name for herself in the field. This musical focuses less on the actual music (Britney Spears’ 2003 hit “Toxic” even feels a bit gross considering the context – but OK, we get it, the Bellas are grown, but we knew that because they’re all wearing moto jackets now) and spends more time constructing backstories for characters we already know and love.

Lithgow appearing as Fat Amy’s deadbeat Aussie mafioso father is just downright bizarre (did screenwriter Kay Cannon bust out a game of Mad Libs this time around?), although I didn’t resent Wilson’s extra screen time one bit. A third-act crescendo genre-jumps into Mission Impossible territory, as though the filmmakers were concerned that viewers might get bored with the same old song-and-dance routine (fat chance). Although I do think PP fans will be satisfied with the finale, let’s hope this is the last redux for these pitches. 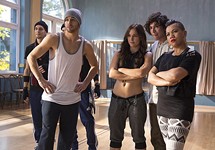 Step Up: All In
The dance competition continues – but this time in Vegas.