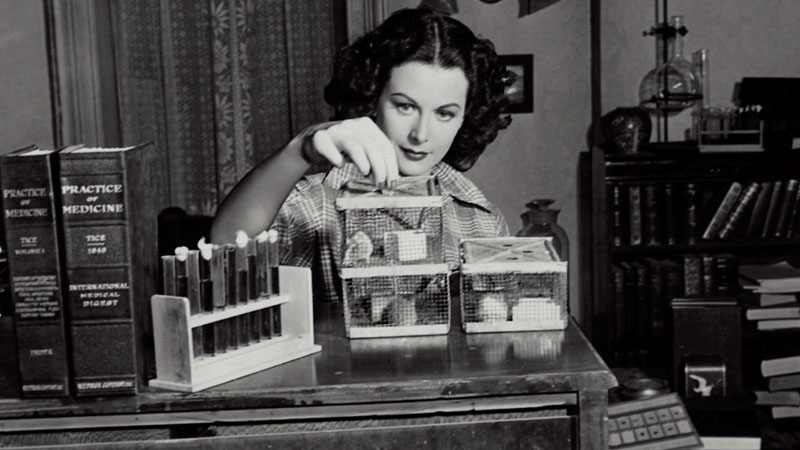 "Any girl can look glamorous; all she has to do is stand still and look stupid." That quote from Hedy Lamarr opens this long-overdue cinematic biographical documentary of the perennially underestimated actress. When "underrated" is applied to a performer, it normally only applies to the performance. In Lamarr's case, it was her intellect that went missed. Her acting career could easily fill a blander documentary by itself. From the taboo-busting Ecstasy, through Technicolor epics like Samson and Delilah, into Z-grade schlock. Yet the story here is how her box office success overshadowed her brains.

In this melding of contemporary interview and archive footage, the core is four tapes, a lost interview of an aging Lamarr conducted by former Forbes staff writer Fleming Meeks. It’s the last twinkle of a fading star, who had been through every indignity extracted from every leading lady who came after: casting couches, failed marriages, mockery, plastic surgery, legal trials, addiction, and finally being thrown aside by the industry that had used her. The great tragedy is that she was smart enough to see it all coming.

If the storytelling technique is a little prosaic, the subject matter is more than sufficiently engrossing. That’s where Dean draws her fascinating middle chapter, as she highlights the technical genius of Lamarr. Offscreen, the actress was an accomplished engineer, and Hom (the animator responsible for the 2015 Google Doodle about the actress/inventor) compares her to a crime-fighting superhero with a hidden alter ego. Even if cineastes don't know it, it’s already part of engineering lore, her pivotal role in laying the first infrastructure for wireless and Bluetooth. That was a byproduct of her design for a radio-controlled torpedo – her own stab back at Hitler, who had declared his own personal war on her.

That, Dean shows, was Lamarr all over. A woman caught between eras, born too late to relish the joyous liberality of her Austrian homeland in the Thirties, and too early for the sexual revolution. Perpetually conflicted over the attention that her beauty brought her from men, voraciously sensual but bitter about being a sex symbol. A massive celebrity with a secret life, but frustrated by her limited career choices. A recluse who loved attention. Manipulated and manipulative. Genius and accused plagiarist. An icon and victim of the 20th century concept of celebrity. A blockbuster actress whose proudest moment was being lauded by her fellow researchers. In her own terms, "a very simple complicated person." 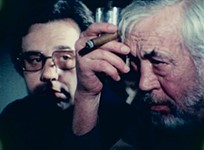 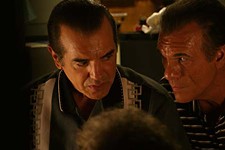 The Dukes
Character actor Robert Davi directs and co-stars with Chazz Palmintieri in this movie about a former doo-wop group that tries to recapture its glory days.