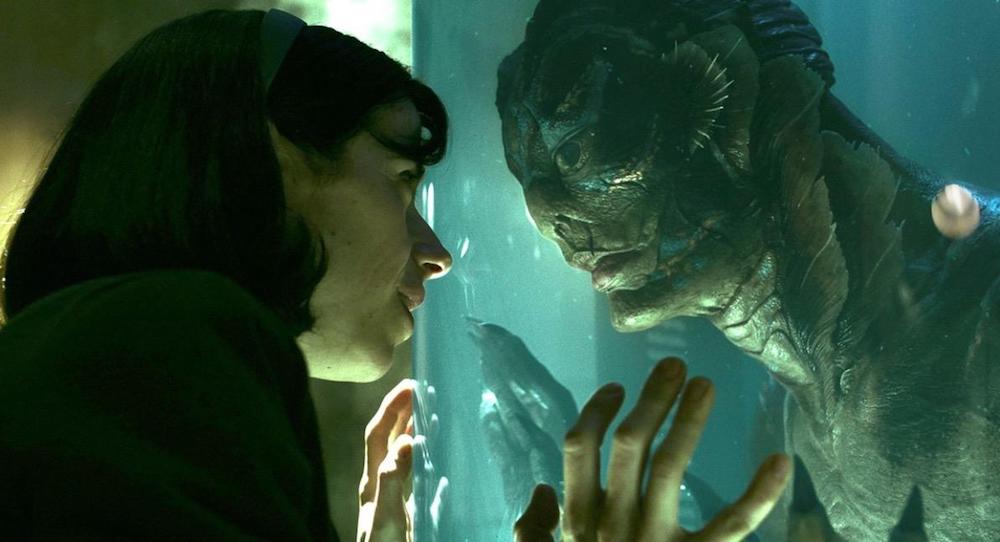 Fear and loathing of The Other is always with us, but much more rare is empathy for another, and even less love for one another in these isolationist and distrustful times. Set in similarly fearful 1962, with a cold war that threatens grim death simmering in the background of everyday life, The Shape of Water is a heartfelt and moving mash note to outsiders, misfits, and the creatures (or so says the status quo) walking among us. A romance of fantastique proportions, a cautionary tale that revels in throwing caution to the wind, and a de facto monster movie with loose but loving ties to director Jack Arnold’s classic Creature From the Black Lagoon and Cocteau’s Beauty and the Beast, del Toro’s latest is a masterpiece of compassion and insight into the (in)human condition and the transformative power of love.

Elisa (Hawkins, splendid), mute but with curious eyes and a generous heart, works as a cleaning woman in a mysterious military facility. The place is overseen by the hawkish General Hoyt (Searcy) and his head of security, Richard Strickland (Shannon), an all-American cold warrior with a home life straight out of Leave It to Beaver, if the Beav’s pop had been a stern-eyed zealot with zero tolerance for human error. One night, Elisa encounters the facility’s newest acquisition, a scaly gill-man (Jones) captured in the Amazon, where “the natives worshiped him as a god.” While the general and his underlings argue for vivisection (and possibly a weapon against the USSR), and scientist Dr. Hoffstetler (Stuhlbarg) appeals for keeping the amphibian alive for further study, Elisa tentatively bonds with this literal fish out of water. Assisted by her African-American co-worker/best friend Zelda (Spencer), she spirits the creature away from the G-men and into the bathtub at her apartment, where the bond between the two blossoms into something far richer. Elisa’s homosexual neighbor Giles (Jenkins) also assists the ruse, until the inevitable discovery of the abduction occurs and all manner of chaos ensues.

No brief synopsis of The Shape of Water can fully convey the power of del Toro’s rhapsodically transgressive paeon to what society would deem deviant or amoral. Audiences familiar with his previous work, however, will discern a thematic streak that runs throughout the director’s filmography, increasingly humanist and humane the more it deals with nonhuman characters. (Fans, of course, will recognize a more sublime evolution of Hellboy character Abe Sapien.) What is increasingly, albeit guardedly, “normal” today brands all four protagonists here – a mute woman, a gay man, a black woman, and an intuitive ichthyoid – as culturally less than ideal, if not outright abhorrent in Cold War-era America.

The Shape of Water is also a stunningly beautiful film thanks to production designer Paul D. Austerberry and cinematographer Dan Laustsen, whose consummately immersive visuals are married to a sumptuous score by composer Alexandre Desplat.

Del Toro is and always has been a notably romantic fabulist, firmly on the side of the monsters, the unloved, the castaways, and those noble of heart no matter what form they assume. The piscatorial individual at the heart of The Shape of Water represents a downright Darwinian leap into ever deeper waters for the director, crossing as it does through the once-taboo meridian of interspecies ardor and ending its voyage at what appears to be only the beginning of a very fine romance. 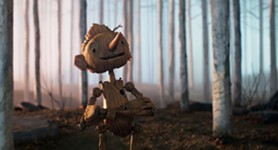