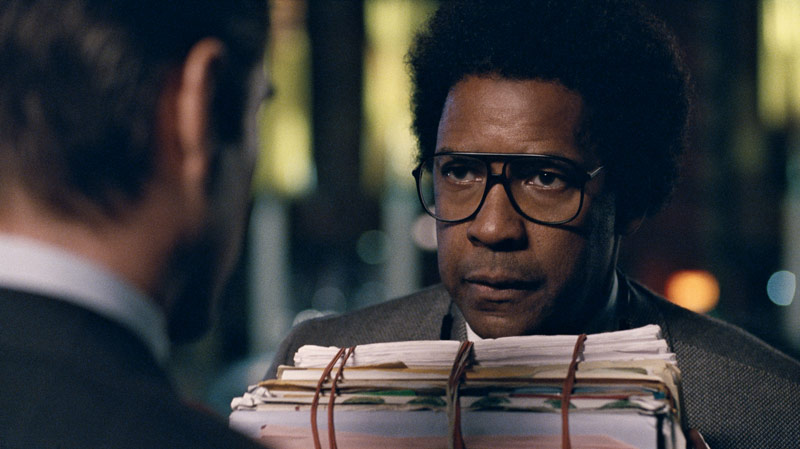 A courtroom drama with a twist, this second feature from Nightcrawler writer/director Dan Gilroy features one of the best performances of Washington’s career. That’s partly because it’s so radically unlike any character he’s played in the past, but also because it forces him to dial down his famously blinding white smile and overall cool factor. You can’t take your eyes off of him and not just because he’s in virtually every scene.

Gilroy steps away from the dark and downbeat media nightmare that was Nightcrawler and into the light, so to speak, although there’s a fair amount of suspense woven throughout Roman J. Israel, Esq., not to mention a solid laugh or two as Washington, who plays a prominent pro bono and indigent attorney’s No. 2, must reluctantly step into the spotlight after a tragedy. All awkward intensity and unable to pick up on any number of social cues, he’s clearly on the spectrum. He’s also stuck in the righteous heyday of Sixties/Seventies black activism, dressing like a guest star on The Mod Squad and sporting a moderately out-of-control afro. Nevertheless, he’s able to quote chapter and verse of the California Penal Code from memory as well as pretty much anything else related to the rule of law. (Side note: When asked what the Esq. stands for, he patiently explains that it’s “something more than a gentleman and something less than a lord.”) When his boss passes away unexpectedly, Roman finds himself struggling to find other work and is eventually picked up by George Pierce (Farrell), a former student of Roman’s idealistic mentor who chose power and prestige, and all that that implies, over the less monetarily beneficial areas of the law that Roman’s been toiling in for decades. Having never actually performed before a judge, his first foray into the halls of justice lands him in contempt, but this oddball terrier of a lawyer just won’t back down. There’s some business with the trial of a young black man being forced to plea out of a murder rap, but the shit gets real when Roman, acting against his better nature, comes into some blood money and begins living the high life, complete with designer tailored suits and a penthouse view of Los Angeles. But of course this abandonment of his own ideals weighs like an anvil on his own personal identity. Despite the attentions of a hip young community activist and organizer (Ejogo), the true Roman is squirming inside.

How will he resolve his crisis of conscience? I’ll only say that I saw the ending and the sappy denouement coming a mile away. Which doesn’t matter, frankly, when Washington is so enjoyably startling playing a nebbishy Asperger’s-oriented truth-teller. Gilroy is batting two for two on his truth to power CV, having railed against the “if it bleeds, it leads” media in the excellent Nightcrawler and now the criminal justice system in Roman. Given the amount of injustice rattling America these days, I’m eager to see what societal Goliath Gilroy targets his 35mm sling on next. 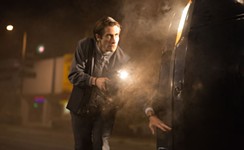