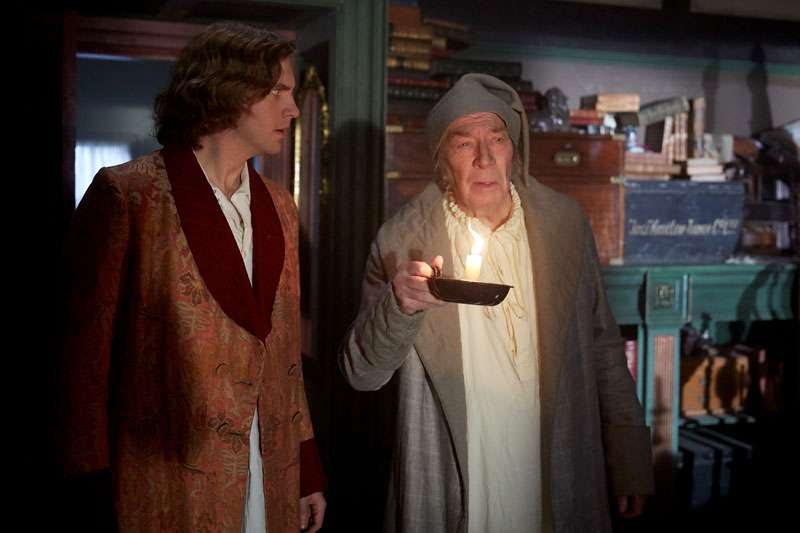 The Man Who Invented Christmas

In The Man Who Invented Christmas, beloved fictional miser Ebenezer Scrooge gets the origin-story treatment. In the fall of 1843, Charles Dickens (Stevens) was in a slump: Three failed attempts at matching the commercial success of Oliver Twist had put him in near dire financial straits. Following the lost Victorian tradition of telling ghost stories at Christmastime, he creates a sketch for what would become A Christmas Carol, and his publishers are incredulous, not only considering the time crunch, but because the Industrial Revolution had all but abolished the holiday (“an opportunity for picking a man’s pocket every 25th of December”). Dickens goes rogue and, with the help of his friend/agent John Forster (Edwards), hires his own illustrator and printer. His story warmed enough chilly little hearts that the season was infused with the spirit of giving that we know today – to say he “invented” Christmas may be going a little far, but he certainly rebranded it.

Based on a book by Les Standiford (a renowned historian, so you know it’s legit), the film creates a world within a world. It captures both the burden and the joy, the madness behind being a writer. It delves into Dickens’ bleak childhood (sent to work in a factory at age 12) with tenderness (I shed tears), while interweaving familiar snippets of A Christmas Carol with Dickens’ present-day scuffles confronting his own ghosts. The story creates a parallel with characters from the famous writer’s immediate surroundings morphing seamlessly into their fictional counterparts as well as a journey of redemption that’s not unlike Scrooge’s. Dan Stevens (The Guest), nearly unrecognizable under a 19th century mop, conveys a charmingly tortured writer, most animated when conjuring Scrooge (Plummer, deliciously bitter, as tight with facial expressions as he is with his money). Jonathan Pryce has a prominent role as Dickens’ deadbeat father leeching off his son’s fame, and Miles Jupp plays literary rival William Makepeace Thackeray with a smugness that is as comedic as it is off-putting. Though filmed in Ireland, the sets portray a London plagued by smog and poverty with a constant stream of particles floating in the air.

I tried to imagine what it would be like watching this movie if I were unfamiliar with the source material. The story may be a bit strange, but certainly no less touching. That’s the thing about classics: Each reiteration, if done properly, puts us closer to the story at heart. 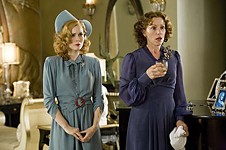 Miss Pettigrew Lives for a Day
Frances McDormand's Miss Pettigrew is an unemployed nanny who bluffs her way into a job as the "social secretary" for the brain-dead, proto-fashionista, Yank-on-holiday starlet Delysia Lafosse, played by Amy Adams.