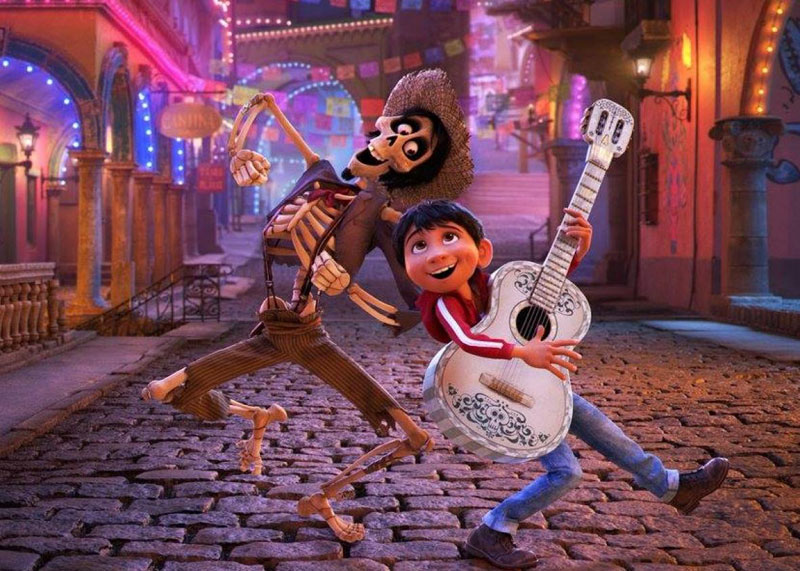 Despite the simmering brouhaha over Disney/Pixar’s Día de los Muertos-themed movie – Mexican director Jorge R. Gutiérrez and no less than Guillermo del Toro released the calaveras similar The Book of Life in 2014 – this grand and haunting coming-of-age tale is a feast for the senses and a fine return to form for Pixar. Truth be told, John Lasseter’s groundbreaking CGI animation studio has had its fair share of ups and downs since 1995’s Toy Story. For every Ratatouille and Up there’s been yet another Cars sequel. (The teaser trailer for Incredibles 2 dropped as this was being written.)

Coco, with its Mexican and indeed universal themes revolving around the importance of la familia, reverence for those who have shuffled – well, danced – their way off this mortal coil, and Mexic-culturally specific traditions and attitudes, is one of Pixar’s best films in years. It’s also vital, vibrant eye-candy of the first order, drenched in radiant oranges and violets, the perfect sort of palette for a young boy’s sojourn into the Land of the Dead. Parents fear not: los esqueletos that populate the afterlife envisioned in Coco are charming, wise, and anything but threatening to no one other than perhaps a certain White House resident.

Young actor Gonzalez voices 12-year-old Miguel Rivera, whose only wish in life is to play the guitar like his idol, the late, legendary Ernesto de la Cruz (Bratt). Unfortunately, Miguel’s parents forbid their son’s strummer dreams and instead insist he enter the family business of manufacturing shoes. Still, there’s a guitar competition coming up and Miguel, desperate to prove his chops, “borrows” the sacred six-string from the famed Ernesto’s reliquary and instantly finds himself transported to the hereafter. No bones about it, Pixar’s animators have imagineered a great beyond as lively, lovely, and splendidly characterized as any ever created. (The scintillating path of marigold petals that serves as the bridge into the afterlife is downright mind-blowing in and of itself.) Once there, Miguel reunites with his bony but beautifully bedecked ancestors, who inform him that he must make peace with his living family and return to the “real” world before sunrise, lest his fleshly corpus become trapped in their world. As if that weren’t enough, the budding mariachi also needs to figure out why his family despises guitarrón slingers so much. Ay caramba, indeed.

Coco is animatedly empowering entertainment for anyone who’s ever had to go against the wishes of their family to achieve their most heartfelt dreams. Although family is paramount to living a full and loving life – a fact that Pixar’s newest drives home with gentle earnestness – that doesn’t mean even they can't sometimes make mistakes over time, with repercussions that span generations. Forgiveness and love are but two sides of the same peso. 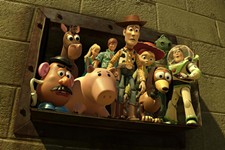 Toy Story 3
The gang is back, and Pixar has delivered another animated gem that has the toys finding their purpose in life now that their owner has outgrown them. 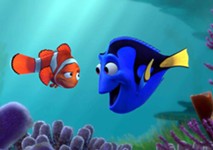 Finding Nemo
We're happy sweet, funny Nemo is back onscreen – 3-D or no.