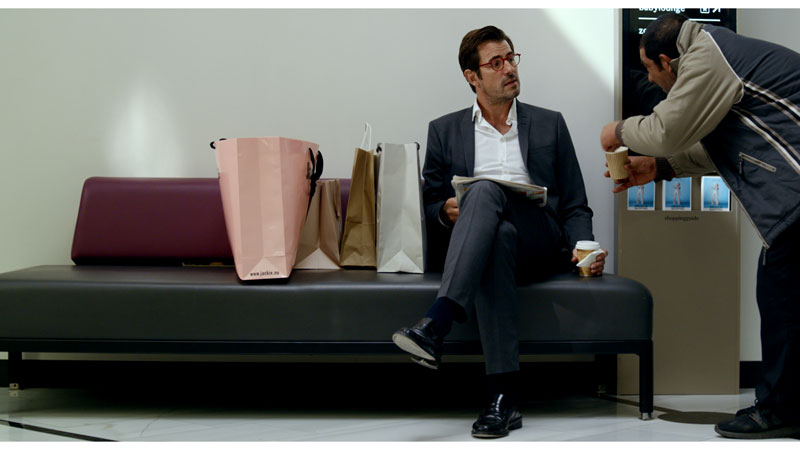 Meet Christian (Bang), an affluent, charismatic man who is the chief curator for a prestigious contemporary art museum in Stockholm, and the latest casualty in writer/director Ruben Östlund’s evisceration of the male ego (his previous film, Force Majeure, plied similar territory). The viewer is introduced to Christian via an interview with an American journalist, Anne (Moss, terrifically cast), where she asks for clarification to a particularly convoluted passage she found on the museum’s website. Christian attempts to explain it, but it is obvious he has no idea what it means either, and is reduced to blather. Thus we are thrust into a satire of the modern art world with all its faux intellectualism, but Östlund fills that broad target with various barbs struck against the aforementioned fragile male ego, feigned humanitarianism, and the current obsession with outrage culture.

“The Square” in The Square is an installation piece of a lighted square embedded into the courtyard entrance of the museum. The work of an Argentine artist, the space is meant to be a kind of utopia. When one enters the square, they can ask for whatever help they need, and ideally someone around them will help, be it a meal or just someone to talk to. Rolling out this new exhibit, Christian runs afoul of a pickpocket scam which leads to an act of vigilantism that goes horribly awry. Elsewhere, Dominic West plays an artist whose interview goes hilariously overboard when a member of the audience with Tourette’s has an episode. A video touting the new exhibit that was calculated to go viral has disastrous results.

And so on. There’s a lot going on in the series of vignettes that make up The Square’s 151-minute running time – almost too much – but Östlund never met an uncomfortable situation he didn’t take to extreme conclusions. Throughout, the director intercuts shots of the homeless denizens of Stockholm between his takedown of the clueless bourgeoisie who haven’t the slightest idea how to be socially responsible in today’s society. As overindulgent as it is, The Square is a darkly humorous and horrific mirror to our culture. How do you think you look? 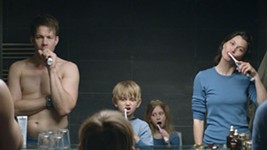 Force Majeure
Blackly funny, yet lightly brutalizing, this Swedish film observes a married couple for whom a passing threat turns into an existential crisis.