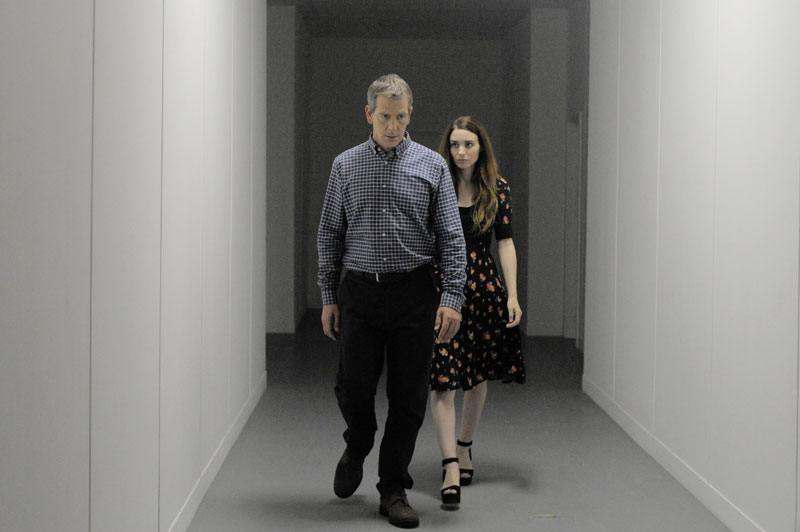 In the midst of #metoo, Lecher-in-Chief, and a right-wing, anti-feminist zeitgeist that threatens to roll back decades of progress, Una is a necessary shock to the systemic firestorm of rampant misogyny and the patriarchal house of cards enveloping America of late. Aussie director Andrews, who made his name directing Shakespeare, Genet, and Chekhov on the stage, proves himself behind the camera in this, his first feature film. It’s a harrowing tale, adapted from playwright David Harrower’s much lauded play Blackbird, about Ray (Mendelsohn), a man who seduced his 13-year-old neighbor 15 years prior, went to prison for four years, and then vanished under a new name, in a new town, with a new life, wife, and daughter, far away from his reprehensible past. Mara is Una, his pedophiliac prey, all grown up now, but still living in her mother’s house, in a bedroom that hasn’t changed since Ray first told her “I love you.” One day she comes across a photo of predator Ray – now called Peter and working in middle management at a small corporation – and decides to confront him, thus giving voice to the long unspoken darknesses that have been suppurating inside her shattered psyche. Una is broken, damaged, incomplete, and a reckoning is due and will be duly paid.

This is the hot-button topic of the moment and audiences will be divided, but there can be no denying the gut-punch power of Andrews’ directorial debut. Mara is exceptional as a woman trapped in the past and confounded by the present. We first see her on the dance floor at a nightclub, where she engages in grotesquely anonymous rough sex in the bathroom, a foreshadowing of more treacherous liaisons to come. Wearing a preternaturally calm, sometimes dazed expression throughout, Mara brilliantly embodies both helpless victim and potential powder keg. She’s completely compelling, a wounded child-woman that just might bite back, finally.

Mendelsohn is just as real in an equally demanding role. When Una first shows up at his workplace, he’s rightly unnerved. The past catches up unannounced, and desperate to keep hold of his middle-class, post-prison life, his face and posture are a variegated miscellany of shock, unease, self-doubt, and rationalizing diffidence. As Una appears and reappears, refusing to let Ray’s odious history stay buried, he – and the audience by proxy – can only wonder where this is all going, other than to hell. Una’s eventual dalliance with one of Ray/Peter’s underlings (the always excellent Riz Ahmed) adds even more psychological kindling to an already roaring, black bonfire of misguided ardor gone awry.

At times, Una seems to be heading into a Fatal Attraction-esque finale. But no, a ruin is a ruin and both Una and Ray/Peter have had their lives blackened by an inexcusable passion. Only one of them is innocent, however; this is no Lolita riff. This is the real world.