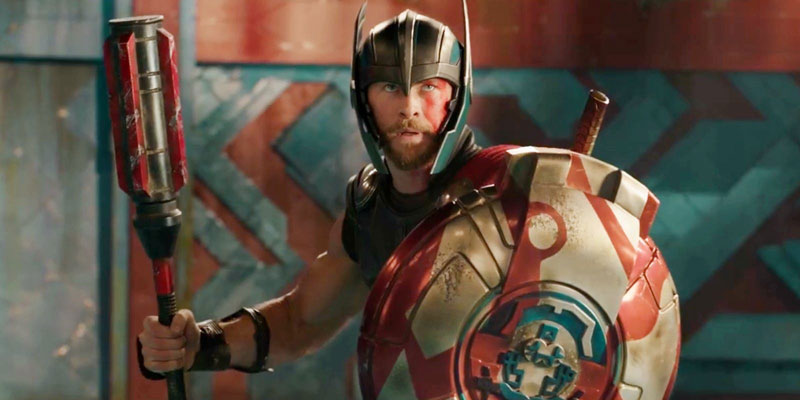 The first two Thor movies felt like placeholders, bridging the months to get to one of the more marquee comic book heroes. The punch line with Thor: Ragnarok? While the rest of the Avengers were off having a very ugly divorce in Captain America: Civil War, turns out Thor (Hemsworth) and the Incredible Hulk (Ruffalo) were capering across the galaxy for a rousing action-comedy that stays true to the Marvel master plan while also, yeah, kinda taking the piss out of it.

Can we skip the part where we talk about the plot? Even after you see the movie, you’re not liable to retain much of it; the plots are the least interesting parts of the Marvel Cinematic Universe. Now 17 movies into the MCU, the most memorable outings come smudged with the distinctive whorls of their directors’ fingerprints: Joss Whedon’s acidic quips and Scooby-gang team-building in the Avengers pictures, James Gunn’s giddy paint-splatter of puerile and sentimental in Guardians of the Galaxy. With equal gusto, Ragnarok director Taika Waititi – frequent collaborator with NZ comedy team Flight of the Conchords and the writer/director of the very fine arthouse comedies What We Do in the Shadows and Hunt for the Wilderpeople – imprints his particular comic sensibility onto this certainly corporate entertainment, drenching it in Eighties synth and Day-Glo colors, and clocking more jokes per minute than any of Marvel’s predecessors. (Ragnarok’s script is credited to Marvel vets Eric Pearson, Craig Kyle, and Christopher Yost, but in interviews, Waititi has said he punched up the dialogue and encouraged improvisation on set; he also voices a sweet, sentient pile of rocks named Korg.)

What Waititi does is scale superheroes down to size. Thor’s still tough stuff, but also: kind of a klutz, a little sensitive about getting dumped by his astrophysicist girlfriend, super-protective about his hair. Hulk is a mess: He still hasn’t mastered compound sentences, and he worries Thor likes Bruce Banner better than him. New character Valkyrie (Tessa Thompson, a tangy addition to the team) has the catwalk-stalk down, but that won’t save her from a drunken pratfall. It all amounts to the very best kind of silly – and way better than what happens on Asgard, in a significant subplot, with Cate Blanchett’s Goddess of Death laying waste to Thor’s home planet. Despite the notable camp value of Blanchett channeling Gloria Swanson, Cruella de Vil, and an extraterrestrial succulent plant, the doomy villain thing is rote. You want to get back to Thor, stranded on another planet with his misfit friends, where the movie is at its most zingy and springy – and an absolute blast. 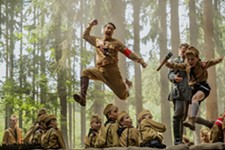 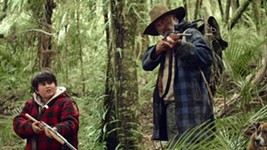