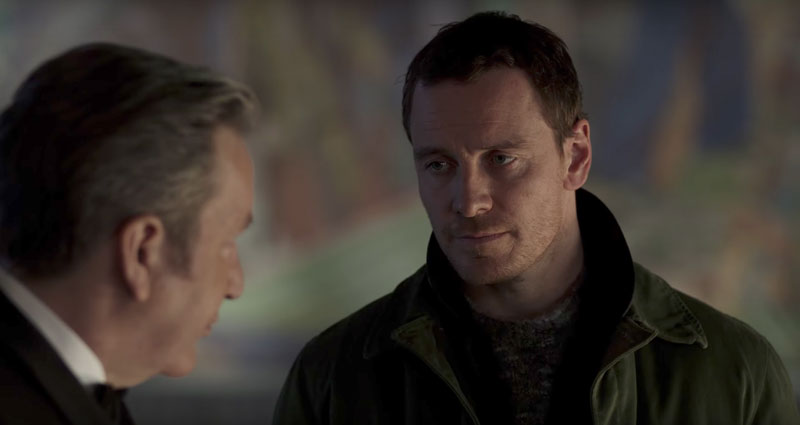 “Hole, Harry Hole” just doesn’t elicit quite the same frisson as “Bond, James Bond,” but then this chilly, borderline clinical adaptation of Norwegian crime writer Jo Nesbø’s novel is about as far away from Ian Fleming’s Jamaica-penned series as anyone could possibly be. It’s baffling, too, how Martin Scorsese executive-produced, his longtime editor Thelma Schoonmaker edited, and such a groundswell of fantastic actors assembled to create, in a sort of dismal chorus of what-the-fuckery, The Snowman, one of the most uninspired and unengaging Norwegian neo-noir films ever shot. Presumably the source material had something going for it – I haven’t read the novel – but director Alfredson’s big-screen version is like opening a Russian nesting doll and finding a melted snowflake, finally, inside. Unnecessarily labyrinthine storytelling such as this – especially when the ending is telegraphed from, literally, scene one, is a mystery for the cinematic ages. (Although I’m pretty sure this is the wackiest turn by a near-unrecognizable Kilmer that we’ll see for some time.)

Fassbender is the aforementioned Hole, an alcoholic Oslo detective living in a black mold-enshrouded apartment and drinking off-brand vodka until he passes out in the gutter. Starving for a case to unravel, he spends his days in a stupor, lounging around his ex-wife Rakel’s (Gainsbourg) flat while trying to square his thoughts on her new beau, a weirdly smiley physician named Mathias (Karlsson). Careful what you hope for and all that appears in the form of a new, extremely keen junior investigator, Katrine Bratt (Ferguson), who has uncovered what seems to be a serial killer prone to building snowmen outside of his victim’s homes. Hole is intrigued, to say the least, and promptly assembles a crack team to scour the interwebs for more intel. Meanwhile, across the fjord in Bergen, a wealthy industrialist (an oddly cast Simmons) is attempting to secure rights to host the Winter Games, aka the Olympics, possibly through heinous methods. And then there’s another detective named Rafto who, well, I’m still not sure exactly what he’s up to, but watching Kilmer in the role, sporting mountains of makeup and a shaggy mane while speaking in what sounds like Orcish, ends up becoming the high point of the film. Suspense turns immediately to slush, and then to water, and further into a vaporish nonmovie that goes everywhere while simultaneously going nowhere at all.

Despite the game cast and some marvelously atmospheric cinematography from Oscar-winning DP Dion Beebe, The Snowman is a slog. That’s all the more disappointing when you note that Alfredson’s breakout film was 2008’s tween vampire nightmare Let the Right One In. How and why the director attached himself to this stultifying yawn-fest – did Scorsese come first, as bait perhaps? – is the genuine mystery at hand, and one far more interesting to speculate about than anything that made the final cut. 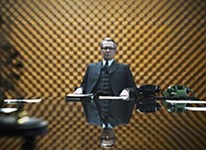 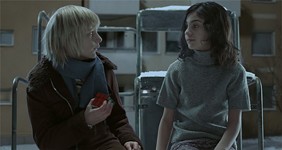 Let the Right One In
This multi-award-winning Swedish film might be summarized as a vampire tween romance, but that cheap and tawdry sum-up does zero justice to the magnificent emotional resonance of this gem. A discussion of the adaptation follows the film.