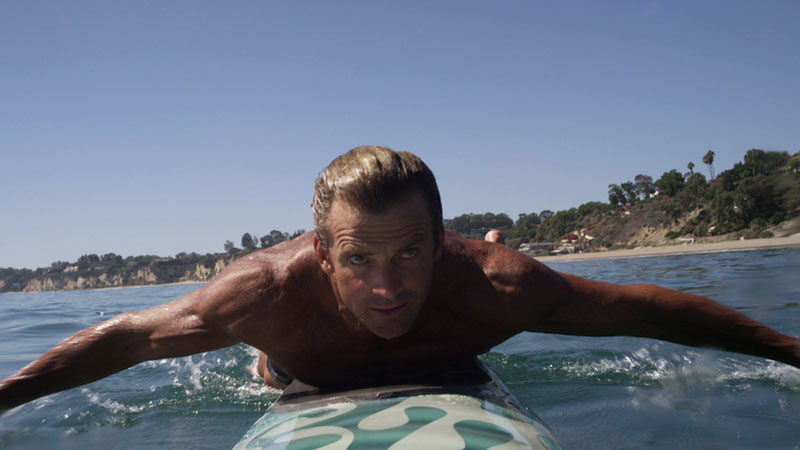 Take Every Wave: The Life of Laird Hamilton

Laird Hamilton is really brave. Or he’s really dumb, or maybe really lucky. Or perhaps he lacks the “fear mechanism,” as one of his compadres puts it. No doubt there is something special about this guy, as you’ll see in IFC doc Take Every Wave. Helmed by seasoned director Rory Kennedy (Last Days in Vietnam, A Boy’s Life), the film takes a pretty straightforward and linear approach to Hamilton’s narrative – a living, breathing memoir – beginning with his childhood days as a towheaded beach rat who chose pro surfer Bill Hamilton to be his dad. He cut his teeth (his baby teeth, that is) at Banzai Pipeline (aka The Pipeline, or Pipe), often considered the deadliest wave in the world (2002’s Blue Crush was filmed there). He later gained notoriety as a big-wave surfer, did some modeling (for Life magazine with Brooke Shields, nbd), paddled across the English Channel, broke European speed records in windsurfing, pioneered “tow-in” surfing, and gained major recognition for conquering the absolute mammoth that is now known as the Millennium Wave.

This story may sound a little Paul Bunyan-esque, but there’s archival footage to prove all these feats, which is the backdrop between interviews with Hamilton’s family and friends. So many shots of waves breaking (from the air, from the water, from the board) create an immersive effect (I could practically taste the salt on my face), and the anecdotes provide a bit of historical context (though I would not have minded a bit more of that). The monster waves are truly awe-inspiring, and the language is never too technical, ensuring appeal to an audience larger than strictly hardcore surfer bros.

The film serves as an intimate portrait without delving too deeply into the subject’s philosophy (beyond the title, a stand-in for “seize the day”) or views (see TMZ re: shark attacks). While the respect oozes from Hamilton’s former peers (with just a tinge of bitterness and resentment toward his popularizing a once-secret surfing spot), the man himself has more of an it-is-what-it-is approach to his accomplishments – glossing over heavier topics such as child abuse (“it was just training”) and even downplaying his own innovations (“ideas come out of boredom”). Take Every Wave’s major fault (and this is true when filming any professional sport) is that the presentation makes it all look too darned easy. 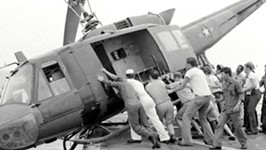 Last Days in Vietnam
Rory Kennedy's doc is a powerful and terrifying look back at America's hasty departure.

Take Every Wave: The Life of Laird Hamilton, Rory Kennedy