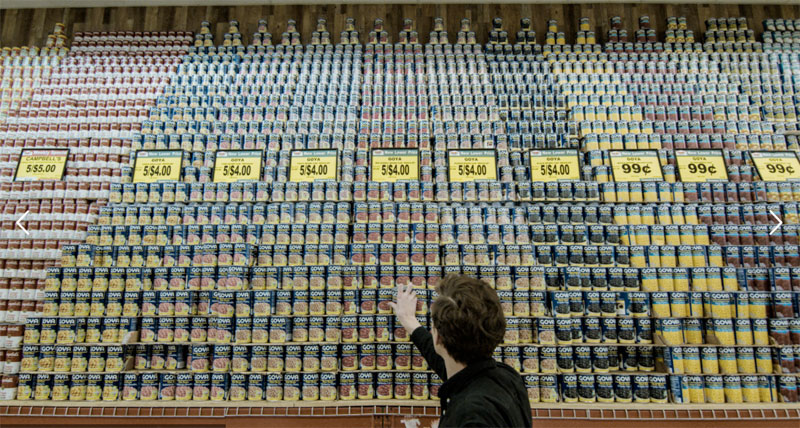 Wasted! The Story of Food Waste

Just a week ago, the city of Austin expanded its pilot composting program to include my neighborhood. Workers dropped off a new plastic cart at every house, along with some informational brochures, and then told us to start putting the carts by the curb every week next to our trash. I’m still getting the hang of which disposables go where, now that a third cart (in addition to the ones for recycling and landfill trash) has been added into my routine. Gradually, I’m mastering the “hows” of gathering compostable materials. The documentary Wasted! The Story of Food Waste could not be more timely, however. In an entertaining and easily digestible manner, this movie lays out the answers to the “whys” of composting. The answers have everything to do with the survival of the planet.

Food waste is an enormous problem worldwide. Something like 40% of all the food that’s produced becomes waste. And nearly 90% of that waste goes into landfills, where the food remnants suffocate amidst the anaerobic waste piles and create an overabundance of toxic methane. Wasted! nimbly throws out appalling statistics about food waste for our general consumption, but where the movie excels is with living examples. Famous chefs, including Mario Batali and film producer Anthony Bourdain talk (often in language as piquant as their dishes), and take us to spots around the world where creative chefs are learning how to turn kitchen waste into new ingredients. Batali employs some creative spin to show how tasty trash fish can be made desirable to customers: Like a drug dealer, give them the first taste free. The Yoplait Yogurt factory in Murfreesboro, Tenn., captures its waste and converts it into electricity. A new model of a soup kitchen run by Massimo Bottura in Milan and Modena, Italy, is visited, along with retired Trader Joe’s president Doug Rauch’s Daily Table retail food stores in underserved food communities. Schoolchildren in New Orleans are shown learning to garden, while South Korea’s successful “pay by volume” waste program is demonstrated. Chefs and farmers experiment with turning food waste into new tasty treats for humans and livestock.

Wasted! is sure to be mind-expanding for anyone who’s never contemplated what happens when excess food is scraped off one’s plate. But the film’s real novelty lies in the demonstration of actual solutions that have already been put into practice. The film meets the challenge of making the subject of food waste palatable.