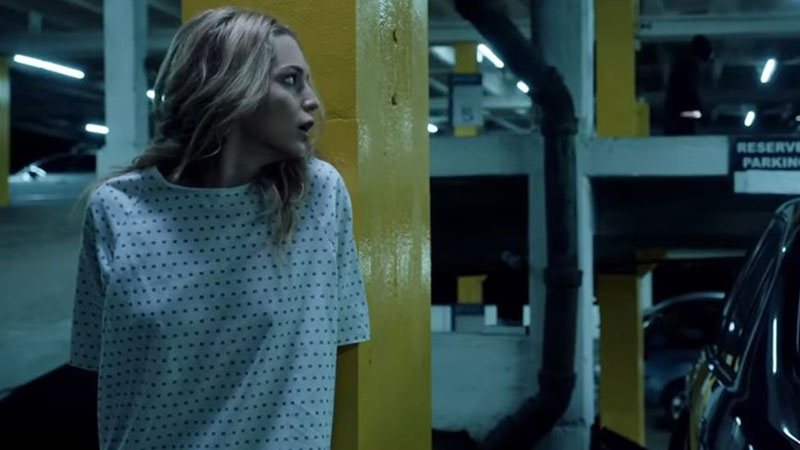 Now’s as good a time as any to admit that I never really liked 1993’s Groundhog Day all that much. There’s something frustratingly tedious about living the same day over and over again, albeit with slight variations. Something a little bit too close to real life, so why would I want to relive it in a movie? Screenwriter Scott Lobdell wasn’t bashful about swiping this premise for horror-comedy reboot Happy Death Day (aka Half to Death, a 2007 project involving Michael Bay and Megan Fox – yeesh). Cool girl Tree Gelbman (Rothe, La La Land) keeps waking up on her birthday in the dorm room of a fellow student she barely knows (Broussard, The Bling Ring). Each night she gets killed by a Michael Myers-esque stalker in a baby-face mask (the school’s sports team is the Bayfield Babies), and each morning she wakes a little bit weaker. Existential crises ensue as Tree tries to solve her own murder before it happens. (“You relive the same day over and over again, you start to see who you really are.”) The reveal is a bit predictable, but a couple of fake-outs keep things interesting along the way.

The focus of the film expands upon Tree’s self-centered worldview to include a picture of female friendship that is catty and destructive, almost to the level of satire, à la 2004’s Mean Girls. Rothe sports a millennial, less-than-thrilled-to-be-here stare, with just a touch of exhaustion to indicate the perpetual Monday morning hangover that she’s doomed to repeat. The setup itself suggests what it means to be a survivor – to persist in reliving a trauma over and over – to keep getting up each day even when you know there’s danger, even when you know some people won’t believe you if you tell them what you’ve been through. Although there’s humor and a few “aww” moments, not to mention plenty of by-the-book psycho slasher action (though nothing too bloody or gory – the killing scenes quickly cut to morning), the quieter moments here and there take stabs at body-shaming and rape culture. (And is there any subtext in the fact that Tree keeps getting killed by a “baby” in an age where we are still debating reproductive rights?)

Of course the less subtle message here is: Each day we get a chance to be better, to do better, to face our villains and our flaws: to course correct. Let’s not waste that chance. 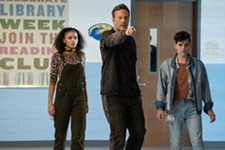 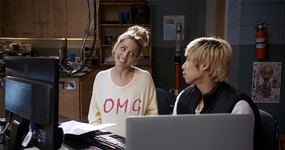