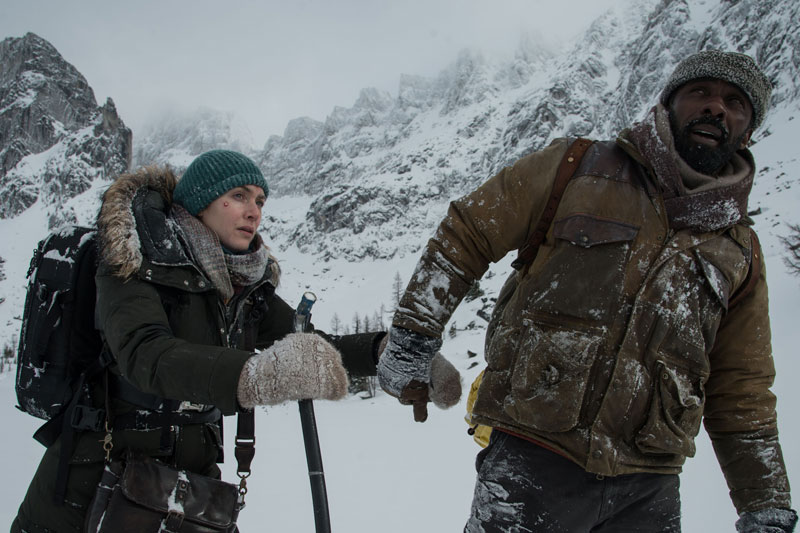 The Mountain Between Us

The annoyingly coy title of this non-epic about two people trying to survive a private plane crash in the high Rockies while a passive sort of romance develops during the descent pretty much says it all while simultaneously offering nothing of any great interest, much like the entire movie. You’d think pairing Winslet and Elba and then forcing these two wildly gifted actors to ply their skills at 11,000 grueling feet atop an actual mountain in Vancouver, British Columbia, would produce more than this unfocused and borderline generic bit of survival theatre, but this is not the case.

She’s Alex, a photographer late for a wedding, and he’s Ben, a pediatric surgeon racing to save a little boy’s life in New York City when the both of them are grounded by a severe winter storm. Dash it all! Extrovert Alex, for no apparent reason, approaches Ben with an offer: Why not pool their money and hire goofy old coot Beau Bridges and his trusty canine companion to fly them around the incoming storm? Well, for one, it’s crusty, twinkle-eyed Bridges, who comes off as a slightly more sober version of Jim Backus’ besozzled flyboy from It’s a Mad Mad Mad Mad World. And isn’t it just? Once up in the air, the storm changes direction, Bridges’ character suffers a coronary event of some sort, and before you can say Alive, we’re treated to the most bloodless and boring plane crash ever. And then there they are, two strangers meeting cute atop Mt. Doom, she with a broken leg and he with medical skills. Downward they go, encountering the usual perils faced during blustery, vertiginous, reverse mountaineering, all the while learning more and more about each other – why keep secrets when you’re almost certain to die? – and generally having a rough time of it. Yet, given the setup, director Hany Abu-Assad simply can’t seem to build up much hardcore drama from a story that seems tailor-made for heartstopping peril and reckless romance. Both Winslet and Elba acquit themselves admirably, but the budding romance between the two ignites not so much as a flicker of interest from the audience, who, I noticed seemed to be checking their watches far too often for a movie about a plane crash and the ensuing travails of the survivors. The Mountain Between Us has a distinctly Lifetime movie vibe to it despite its game cast and Mandy Walker’s lovely cinematography. By the end of the film, this pair of mismatched lovers thrown together by fate and that goofy old Beau Bridges are no more credible nor even remotely interesting than they were as ticket counter strangers. Adding a Yeti to the mix would’ve at least livened things up a little. 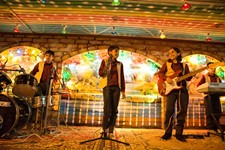 The Idol
The true story Mohammad Assaf, the Palestinian winner of Arab Idol 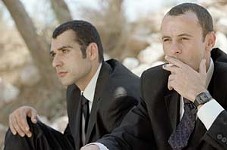 Paradise Now
Inside the mind of a Palestinian suicide bomber: That’s the guarded territory broached in Paradise Now, a film fashioned as a thriller rather than a psychological study.