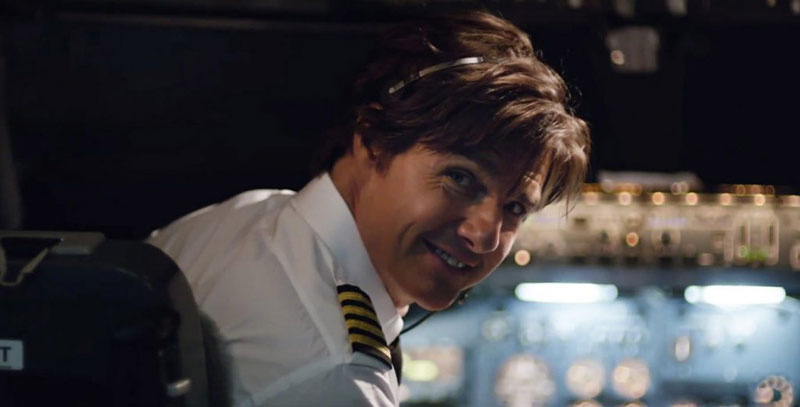 This accounting of the events occurring between 1978 and 1986 leading up to the Iran-Contra affair may sound historically snoozy – Oliver North, the Tower Commission, and Ronald Reagan’s morning in America – but in director Doug Liman’s hands it becomes a four to the floor, sky-high action comedy that never lets up until the end, wherein the apparent random puzzle pieces come together to create a bona fide American scandal. Liman’s always had a deft hand at creating multilayered tension shot through with absurdist touches (Go, Jumper), and here he returns with his Edge of Tomorrow star Cruise, who pulls off a socially sleazy and not all that bright role of Barry Seal, a gung-ho TWA pilot who runs a sideline smuggling Cuban cigars in the back of the cockpit. He’s content, more or less, to zoom through the late Seventies on light-weight machismo and an effortless, cockeyed grin, although on the downside, he’s far too exhausted from his job to even notice when his wife Lucy (Wright) dons some slinky lingerie hoping for a night of hanky panky.

Enter Gleeson’s shady CIA spook Schafer, who notes Seal’s Cuban import business and instead of arresting him offers him a job – complete with his own slick twin-prop airplane – flying over Latin America and taking aerial photos of the various “Communist-backed” guerrilla groups then popping up all over El Salvador, Nicaragua, and Honduras, all in the name of “service to his country.” Seal takes Schafer up on the offer, but quickly finds his red, white, and blue missions expanding into far more morally tangled areas, as the Reagan White House begins secretly arming El Salvador’s anti-Sandinista rebels, the Contras. He’s delighted with the duffel bags flowing over with greenbacks, but not so thrilled about having to eventually begin shipping hundreds of kilos of cocaine and cash through middleman Manuel Noriega of Panama and Medellin Cartel overlord. Chaos and double-crosses, plus plenty of skycraft shenanigans ensue.

Cruise, still effortlessly oozing charm after all these years, makes Seal into something of a naive chump. Framed by old-school video narration from the character, he bumbles his way through the mounting dangers all while maintaining a “What, me worry?” sense of bravado, even as his wife complains, rightly, that there’s simply too much cash and gold to hide. (Goodfellas fans will note some similarities between the character of Seal and Ray Liotta’s Henry Hill.) For anyone of a certain age, the ending will come as no surprise, but, as always, half the fun is getting there, and cynical though it may be, American Made is undeniably a whole lot of action-oriented fun. 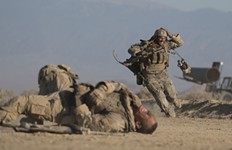