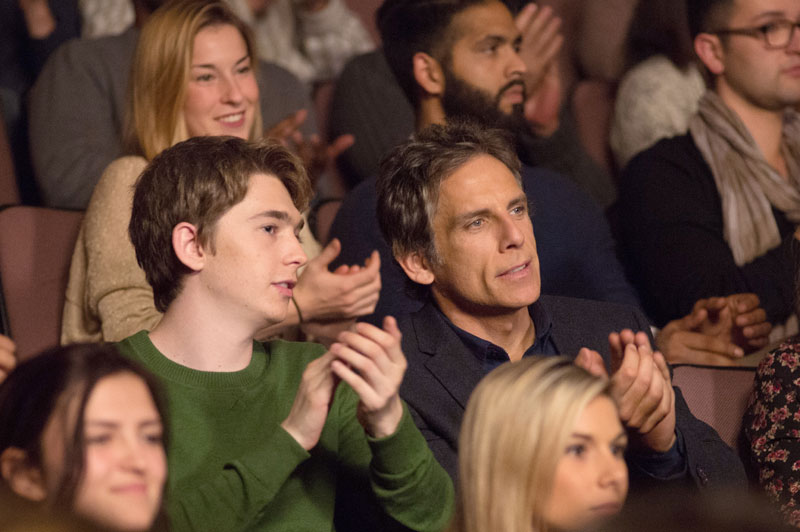 We’ve seen Ben Stiller playing characters experiencing midlife crises and their attendant neuroses before. As far back as MTV’s The Ben Stiller Show, he’s seemingly been the nebbishy heir to Woody Allen’s awkward, Jewish throne. Brad’s Status ups the ante and gives Stiller a chance to perform one of his most nuanced roles yet. Director White, probably still best known for penning 2000’s Chuck & Buck, as well as creating HBO’s criminally underrated Enlightened, gentles things up with this bittersweet tragicomedy that raises the question: Who did you imagine you’d be, and who are you know? The problematic issue of “keeping up with the Joneses” has rarely played as delicately or as honestly as it does here.

Stiller is Brad Sloan, who begins to question the values and accomplishments of his life when he leaves his perfectly satisfied wife Melanie (Fischer) in Sacramento while he accompanies his musical prodigy son Troy (Abrams) on a tour of Ivy League colleges in Boston. Brad, rendered permanently anxious by forthcoming empty-nest syndrome, is awash in existential doubt, stemming from his own college years when he considered himself to be the life of the party, the young man who was most likely to turn into the adult who would succeed. He has, of course, but that’s not what he believes, flashing back to his university days and stewing enviously over the rock star paths his three best friends have taken.

Old buddy Nick (White) is on the cover of Architectural Digest and sporting a brand new mansion and husband, pal Billy (Clement) sold his tech company at 40 and now lives in Hawaii with not one but two girlfriends, and former bestie Jason (Wilson) is running a mammoth hedge fund. Touring Harvard with Troy, problems arise due to a mistaken interview date, and Brad feels compelled to call the friends he hasn’t seen in three decades to pull some favors. As he descends into depression and self-admonishment, alongside his desire to see his son succeed where he believes he failed, the desperate Brad grows sullen and eventually ends up drunkenly relaying the story of his (non)-life to an idealistic college coed. But has he wasted his potential, or is he merely caught in the crosshairs of his fifth decade? Fans of White’s previous films will be surprised.

Brad’s Status unfolds in roughly 50% voiceover, as the titular character’s easily bruised ego and internal misunderstanding of his own innate worth unfold within his own mind. That makes White’s film, and above all Stiller’s exceptional performance, sound like a downer and a half, but I guarantee (with qualifications) that this is by far one of Stiller’s most heartfelt and serious – while still being realistically comedic – roles. Facing your own demons, imagined or real, while simultaneously attempting to banish them from encircling one’s offspring is a full-time job. White and Stiller go there and beyond, to slay the monsters of the id, while reveling skittishly in the perpetually neurotic human condition. 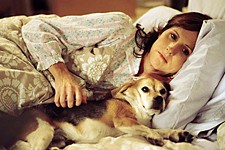 Year of the Dog
In his directorial debut, Mike White embraces the awkward with this story of a woman (played by Molly Shannon) who just wants to be loved.