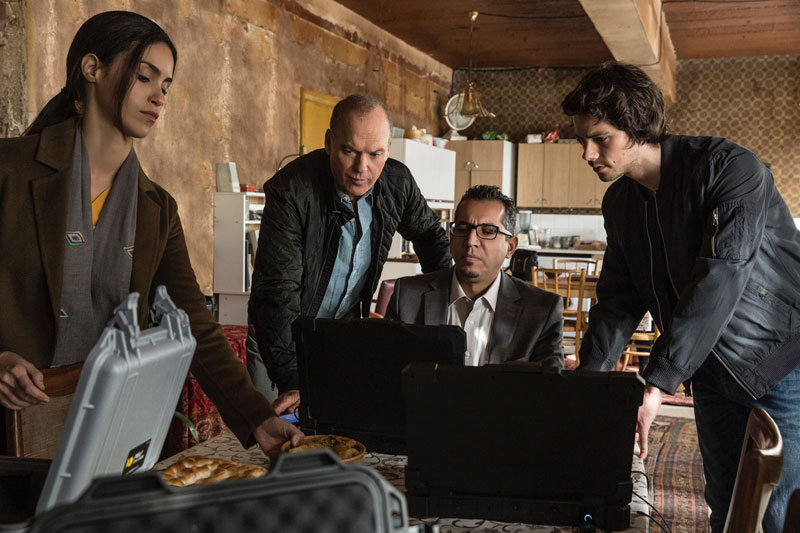 American Assassin aims to be the first film in a new action franchise based on the popular Vince Flynn novels about Mitch Rapp, the clandestine CIA superagent who is known to be the worst nightmare of terrorists everywhere. The book series is beloved by ex-presidents and frequent fliers alike. However, this introductory film is pure SOP.

The film is something of a prequel that tracks how Mitch Rapp (O’Brien, formerly of the Maze Runner series and TV’s Teen Wolf) became a big-time terrorism fighter. The opening scene shows Mitch proposing to his girlfriend Katrina in the waves of an Ibiza beach, but before they can even sip a celebratory cocktail, Muslim terrorists storm the beach and shoot Katrina and scores of others dead. Cut to 18 months later, and Mitch has bulked up, and is perfecting his skills with guns, knife-throwing, and mixed martial arts, as well as infiltrating jihadist chat rooms online. He’s become so obsessed that he scares other shooters at the gun range and gets kicked out of his dojo for use of excessive force. These skills come to the attention of CIA Deputy Director Irene Kennedy (Lathan), who recruits Mitch to work for the team, despite the concerns of others at the agency. Even though Mitch is surly and noncompliant, she argues, he tests through the roof. She puts him under the tutelage of ex-Navy SEAL instructor Stan Hurley (Keaton), who trains his students in the woods, at a location so secret that Mitch has to wear a hood during the ride there. This hotheaded student reminds Stan of a former pupil (Kitsch), who’s now gone rogue and referred to as Ghost. Aside from the physical drills, Stan inculcates the idea in his students that personal feelings should never cloud their actions. Yet, of course, the plot is completely driven by emotions (in a manly sort of way). Personal loyalty supersedes sound judgment, and when Ghost re-enters the story, it is revealed that he has serious daddy issues with his former instructor.

The plot involves missing plutonium and is generally boilerplate. Michael Keaton is good as the tough-as-nails trainer, who can also toss out quips during the film’s grisliest torture scene. Shiva Negar plays a Turkish operative whose only real function in the film is to add some estrogen, along with the no-nonsense CIA deputy director (Lathan, who is usually so memorable in other performances, comes across as flatly routine here). Cinematographer Enrique Chediak (28 Weeks Later, The Good Girl) delivers crisp images, and the climactic underwater nuclear explosions are really something to behold. But director Michael Cuesta (Kill the Messenger, L.I.E.) adds little of notice to the proceedings.

In his first film incarnation, Mitch Rapp proves to be no Jason Bourne, but in a world hungry for kickass terrorism fighters, his future in the shadows looks bright. Twelve and Holding
This disturbing but emotionally authentic story about adolescent life treats its subjects with bravery and compassion.