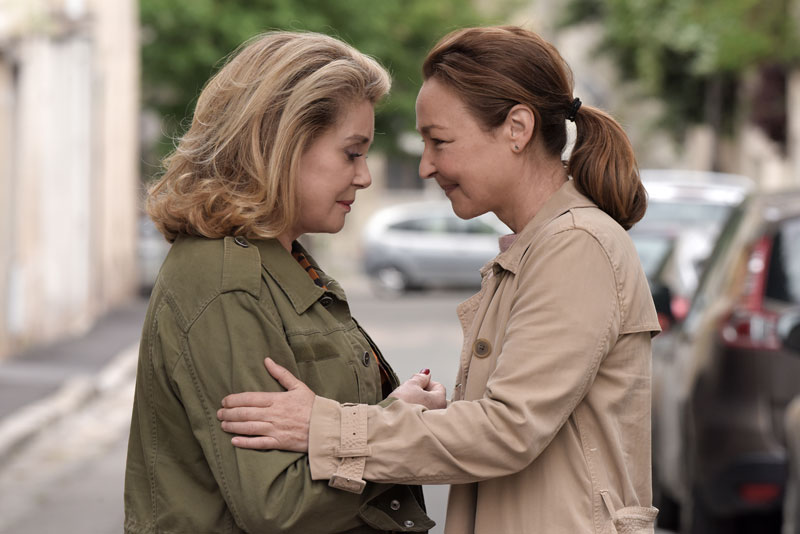 Deneuve, playing against type but never less than eminently watchable, is cast here as Béatrice, an inveterate hedonist – cigarettes, steaks, wine, and plenty of joie de vivre – who comes barreling into the life of Catherine Frot’s Claire, the titular doula. Claire’s all professional consideration in her role as birthing assistant in a Parisian suburb, but a seemingly random phone call from out of the past brings this pair of strikingly different women into each other’s orbit, and while the resulting clash of personalities is très Française in the best sense, Provost’s examination of these two very different characters is rich in cutting detail and buoyed, unsurprisingly, by the terrific performances of the two leads. There’s not a whole lot new here in this story of rival lifestyles and familial skeletons, but just allowing yourself to immerse yourself in the initially catty melodrama is pleasure enough.

Director Provost helmed 2008’s multiple-César Award-winning Séraphine and while the far more intimate Midwife doesn’t tackle anywhere near such heavy emotional lifting, it’s nonetheless an above average examination of two modern women – one a lifelong free spirit and the other considerably more staid in her life and initial demeanor – with an intertwined history. Béatrice, as it turns out, is the former mistress of Claire’s father, who was so distraught over their breakup that he committed suicide. Béatrice, in turn, has re-entered the younger woman’s life near the end of her own. She has brain cancer and is both trying to reconnect with the past while devouring every aspect of what little time remains for her, and the pair’s back-and-forth dialogue (Provost penned the arch script) is barbed but still manages to border on the sappy at times. The two main reasons to check out The Midwife are, of course, Deneuve and Frot, who are if not at the top of their game, then at least never less than fascinating to observe as they tentatively re-establish a relationship of sorts while hashing out a damaged history and hoping, possibly, for a certain amount of reconciliation between the past, the present, and oblivion. 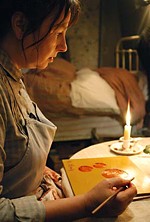 Séraphine
This is a rapturous, utterly engrossing account of the life of early 20th century French artist Séraphine de Senlis.